May is Disability Awareness Month 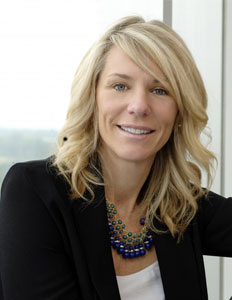 The day the Americans With Disabilities Act passed in 1990, U.S. Sen. Tom Harkin delivered a speech from the Senate floor in a way most of his colleagues didn’t understand.

Harkin, the bill’s sponsor, used sign language for the benefit of his brother who was deaf and had taught Harkin this lesson: “People should be judged on the basis of their abilities and not on the basis of their disabilities.” With the country marking the Act’s 25th anniversary, Brandi Rarus, a former Miss Deaf America, remembers how important it was for people with disabilities to make it known they would no longer allow others to set limits on what they could achieve.

“Those of us with disabilities face many barriers,” says Rarus, co-author with Gail Harris of the book “Finding Zoe: A Deaf Woman’s Story of Identity, Love and Adoption.” (www.brandirarus.com) “Some of those are unavoidable. I can’t listen to the radio as I drive to work in the morning. Often, because of communication barriers, I have to work twice as hard as a hearing person. Instead of taking me five minutes to make a doctor’s appointment, it takes me 10.”

But some barriers are avoidable, Rarus says. And that’s why the Americans With Disabilities Act has played such an important role in people’s lives for the last 25 years. The ADA prohibits discrimination against qualified individuals with disabilities when it comes to employment issues.

The Act also requires employers to make reasonable accommodations for a disability unless it causes an “undue hardship.” Harris, a professional storyteller and Rarus’ co-author, says that although Rarus is deaf, her life struggles are similar to everyone’s. “We can all relate to finding our place in the world and fitting in, about self-acceptance, about being judged and judging others, and how we must look past all that to fulfill our dreams,” says Harris. (www.gailharrisauthor.com)

The U.S. Department of Labor says many concerns about the ADA never materialized. According to the department:

Winning the Miss Deaf America crown in 1988 led to numerous opportunities. She signed the National Anthem at a Chicago Cubs game. She spoke at corporate conferences and traveled the country speaking out for deaf children and building awareness of what it means to be deaf.

She was understudy for Marlee Matlin in the play “Children of a Lesser God.” Her latest project is “Finding Zoe.” The book Rarus and Harris joined forces to write tells the story of Rarus’ early years as she learned to live with being deaf, but the focal point becomes her effort to adopt Zoe, a deaf infant caught in the foster care system. Harris, upon collaborating with Rarus on her story, was on a mission to help bring it forth, as everyone is deserving of basic human rights.

“People don’t realize what the deaf have gone through,” she says. Working with Rarus and the anniversary of the ADA have reminded her of the challenges all people face, whether black or white, deaf or hearing, gay or straight. “It’s how we deal with them that counts,” Harris says. “Brandi’s courage and tenacity can get us thinking about our own vulnerabilities and how they can make us strong.”

About Brandi Rarus and Gail Harris
Brandi Rarus (www.brandirarus.com), who lost her hearing at age 6, has traveled the country speaking out for deaf children and building awareness of what it means to be deaf. She was Miss Deaf America in 1988. She and her husband live in Austin, Texas, with their three sons and adopted daughter.

Gail Harris (www.gailharrisauthor.com) is an award-winning writer and teacher of the intuitive process who also adopted a child. In addition to co-writing “Finding Zoe,” she is the author of “Your Heart Knows the Answer.” She lives with her husband and son in Framingham, Mass.