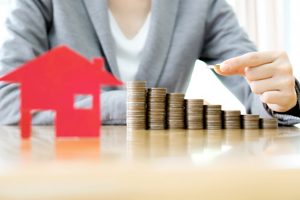 NEW YORK, Feb. 20, 2020 /PRNewswire/ — Half of Americans think that creating a basic saving plan is an important goal they would like to accomplish this year, but 28 percent feel it will be impossible to achieve, according to new research from PurePointÂ® Financial, a digital bank and division of MUFG Union Bank, N.A.

According to the third annual PurePoint Financial “State of Savings in America” survey, 84 percent of Americans say they are saving for something, however their overall confidence surrounding saving is unsteady. The research found that only two in five Americans consider themselves better than OK when it comes to their money-saving habits. More surprisingly, personal attitudes around saving did not differ based on age.

Many respondents said they are skeptical about their ability to save. When ranking what they are more likely to achieve than their savings goal in 2020:

“The peace of mind that comes from knowing you have money saved can make achieving many of life’s other goals all the more attainable,” said Brian Milton, deputy head of consumer banking at Union Bank and PurePoint Financial. “Getting in the habit of saving is key. First, set a goal, any goal. Saving is always easier with a goal in mind. Then set up monthly automatic transfers into a savings account that offers a competitive rate. If you’re going to save your hard-earned money, you’ll want an account that works hard for you too.”

More than 20 percent of Americans would rather talk to their best friends about their most embarrassing health issue than the status of their savings account, even more so for women (25 percent of females vs. 18 percent of males). This may be because nearly three in 10 respondents who consider themselves bad at saving hide that they have little to no savings from their friends because they feel ashamed.

“Our survey found nearly 30 percent of millennials constantly feel like they have to decline invitations to go out with friends so that they can save money,” Milton said. “We understand it can be hard to talk about finances with others, but chances are your friends may be in a similar situation. By opening a dialogue about your financial goals and challenges, you may find ways to spend time together without breaking your budget.”

Are you still watching? Subscriptions are eating away at your bank account.

In today’s “subscription economy,” it seems easier than ever to automatically spend rather than save. Many Americans report that they are often losing track of their monthly subscriptions and are paying the price. There’s too many to count â one in three Americans do not regularly review their subscription services to keep track of how much they are spending.

In today's "subscription economy," it seems easier than ever to automatically spend rather than save. Many Americans report that they are often losing track of their monthly subscriptions and are paying the price. There's too many to count...

Gen Z and millennial respondents are more likely to feel the pressure from subscription services, with one in four going over their monthly budget and nearly 15 percent having to dip into savings because they forgot to cancel a subscription service.

Singles are playing catch up: 44 percent of those in a relationship consider themselves better than OK when it comes to their money-saving habits vs. 37 percent of those who are single. Also, only 16 percent of single savers are putting money aside for retirement, compared to 29 percent of couples.

Research was gathered through an online survey of 1,250+ adults in the U.S. (aged 18+), commissioned by PurePoint Financial and conducted by independent research firm Edelman Intelligence. Data was collected January 31 â February 3, 2020 and was weighted to be nationally representative.

About PurePoint Financial
PurePoint Financial is a division of MUFG Union Bank, N.A., a proud member of the Mitsubishi UFJ Financial Group (MUFG), one of the world’s leading financial groups. As the next evolution in the financial services industry, PurePointÂ® Financial is the modern way to save â online or over the phone. PurePoint offers competitive rates on CDs and savings accounts, no monthly fees and all the flexibility and convenience of online banking with 24/7 access from your computer, tablet or mobile devices along with exceptional client service offered via phone.

About MUFG Union Bank, N.A.
As of September 30, 2019, MUFG Union Bank, N.A. operated 350 branches, consisting primarily of retail banking branches in the West Coast states, along with commercial branches in Texas, Illinois, New York, and Georgia. We provide a wide spectrum of corporate, commercial, and retail banking and wealth management solutions to meet the needs of our clients. We also offer an extensive portfolio of value-added solutions for clients, including investment banking, personal and corporate trust, global custody, transaction banking, capital markets, and other services. With assets of $134.7 billion, as of September 30, 2019, MUFG Union Bank has strong capital reserves, credit ratings and capital ratios relative to peer banks. MUFG Union Bank is a proud member of the Mitsubishi UFJ Financial Group (NYSE: MUFG), one of the world’s largest financial organizations with total assets of approximately Â¥314.5 trillion (JPY) or $2.9 trillion (USD)1, as of September 30, 2019. The corporate headquarters (principal executive office) for MUFG Americas Holdings Corporation, which is the financial holding company, and MUFG Union Bank, is in New York City. The main banking office of MUFG Union Bank is in San Francisco, Calif.