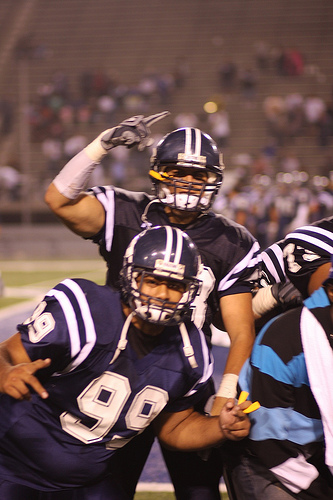 ATLANTA, Aug. 29, 2018 /PRNewswire/ — Some fans will spend hundreds to thousands of dollars on college football activities this season, from hosting game-day parties to attending the big games. According to a SunTrust survey conducted by Harris Poll, 72 percent of self-proclaimed college football fans are willing to give up something to save for tickets, lodging, tailgating, team merchandise and other activities.

When asked the tradeoffs* they are willing to make to pay for one season of college football activities/items, fans willing to give up something say:

“From game-day gear to tailgating and tickets, being a fan can get expensive,” said Brian Ford, SunTrust Financial Well-Being executive. “Having clarity of what is important allows people to budget and spend on what they value most.”

One in six fans said they would give up their mobile phone every Friday to fund their college football fandom. One in nine fans would give up internet access the first week of every month.

According to SunTrust-sponsored analysis by Wakefield Research, the average costs for college football fans in the Southeast this season will be $1,212. The average cost increases to $4,232 if hotel stays are included. The total costs of attending home games vary considerably by team; the average fan will spend $411 on ticketing**, $383 on parking and a whopping $3,020 on hotels, which are often booked out months in advance of games. Click here for the full list of costs for fourteen colleges in the Southeast.

“We want to help people build financial confidence, so they can enjoy the moments that matter,” added Ford. “It is possible to spend responsibly and even splurge a little without post-game regret. A little planning is all it takes to keep the budget in bounds.”

SunTrust offers the following tips to help you enjoy the season without racking up penalties:

The Southeast college football fan cost analysis was created by Wakefield Research using publicly available data. Each of the 14 teams included in the study were assessed across 14 variables (seven major and seven sub-variables). Unless otherwise stated, “ticketing” includes “ticket price” and “donation”. Data was collected between August 13-23, 2018.

When it's third and seven, the right play can make all the difference. The same goes for your finances...

* Survey participants were allowed to select more than one item they were willing to give up.

Survey Methodology
This survey was conducted online within the U.S. by The Harris Poll on behalf of SunTrust from Aug. 21-23, 2018 of 2,035 adults ages 18 and older, among whom 916 are fans of college football. This online survey is not based on a probability sample and therefore no estimate of theoretical sampling error can be calculated.