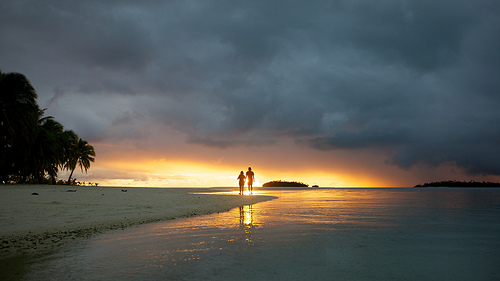 NEW YORK–(BUSINESS WIRE)–Today, American Express released a new study on American views towards success:Â The American Express LifeTwist study. The study, conducted by the Futures Company, confirmed that most Americans believe success is no longer rooted in a sense of âarrival,â but defined primarily by the experiences they accumulate, detours they embrace and passions they pursue throughout their lifetime. The study dubbed the 52% of American consumers who most exemplify this new sentiment âLifeTwisters.â

A Redefined Relationship Between Success and Wealth

Today, Americans say they define success by what they do more than by what they have. Dozens of the studyâs findings reflect this notion of success, but perhaps none more starkly than the sentiment that Americans ranked âhaving a lot of moneyâ 20thÂ on the list of 22 contributors to having a successful life. Further, the rankings showed that the vast majority of Americans (81%) believe that knowing how to spend your money well is a far greater indicator of leading a successful life, than simply having money in the first place. In addition, the vast majority of Americans (72%) say theyâd rather spend money on experiences than material things.

âAmerican Express has been synonymous with success for much of our 163-year history,â said Josh Silverman, President Consumer Services, American Express. âToday, Americans say that feeling successfulÂ is driven less by the amount of money they earn, and more by having a job they love, rewarding relationships and contributing to their communities. Our products have changed over time to reflect these views, while continuing to stand for trust, security and service â which never goes out of style.â

Americans ranked their top contributors to leading a successful life:

America is a country where people disagree on everything from pizza toppings to the designated hitter rule. Yet in one of the surveyâs most telling findings, 95% of respondents â from all income levels, genders and age ranges â agree that the road to success is likely to involve detours and unexpected changes. In fact, an overwhelming 83% of Americans, including 79% of Boomers, still consider themselves to be âa work in progress.â

Todayâs digital world has accelerated the rate of change, making it a more frequent and expected occurrence for a greater number of people. As a result, a majority of Americans say they are willing to take any number of roads less traveled to achieve their goals. When consumers were asked about their life paths, the most heavily populated group (52%) was composed ofÂ âLifeTwistersâÂ â those who have a distinct life path in mind but are open to occasionally veering off that path to embrace the changes life throws their way.

Closely related to LifeTwisters, âReinventionistsâ made up an additional 11% of Americans. This group is much more proactive than LifeTwisters in precipitating change — with the specific goal of reinventing themselves again and again.

Today, Americans say they define success by what they do more than by what they have. Dozens of the studyâs findings reflect this notion of success, but perhaps none more starkly than the sentiment that Americans ranked âhaving a lot of moneyâ 20th on the list of 22

Today, 58% of Americans say theyâre more willing to try new things now than they were five years ago. When asked why, 55% said they have a better understanding today of what makes them feel fulfilled, while 43% said they desired more variety in their lives.

In pursuit of novelty and trying new things, many Americans have a âBucket Listâ of accomplishments they would like to achieve. The top five âBucket Listâ items include:

A majority of Americans (57%) still have aspirations to become rich, but when prioritized among items like the opportunity to travel and having a rewarding family life, it ranked #8 on Americaâs bucket list â right below learning how to be a better cook.

The American ExpressÂ LifeTwist StudyÂ MethodologyÂ research was completed online among a random sample of 2,184 U.S. adults 18+. Interviewing was conducted by Research Now between April 3 and April 12, 2013. Data analysis was conducted by the Futures Company.