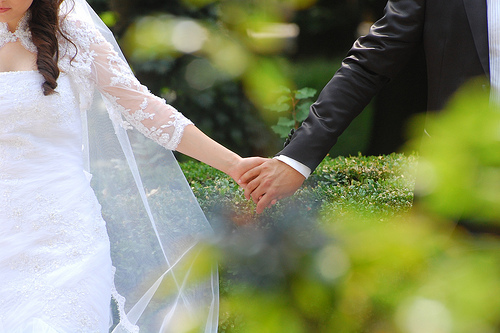 May 08, 2014- NEW YORK–(from The Employee Benefit Research Institute (EBRI)–The 2014 Retirement Confidence Study (RCS), recently released by the Employee Benefit Research Institute (EBRI) and Greenwald & Associates, shows that workers are increasingly recognizing the importance of retirement income but many are not yet in a position to take action to ensure their financial security. The RCS, commissioned by EBRI and underwritten in part by MetLife, polled 1,000 workers and 501 retirees in its 24th annual measure of worker and retiree confidence about retirement.

According to the survey, 85% of respondents contributing to an employer-sponsored retirement plan found an illustration similar to the type produced by the Department of Laborâs (DOLâs) Lifetime Income Estimate Calculator useful. The tool estimates monthly lifetime income based on a participantâs current account balance, contributions to their account and the projected value of their account balance at retirement.

Further supporting the need for such illustrations is that just over half of current workers contributing to plans (54%) were able and willing to provide balance and contribution estimates in order to respond to questions about how the illustrations provided compared to the income levels they were anticipating for their defined contribution (DC) plans.

Also of interest, while 81% of the workers who answered the question said this estimate would not impact how much they saved, 17% said it would cause them to increase their contributions. Among the 27% of those who said their estimate was much less or somewhat less than expected, just over a third indicated they would increase their contributions.

âThe main reason cited by workers at all income levels for not increasing their contributions is the need to pay for day-to-day expenses, particularly since many are living paycheck-to-paycheck,â said Roberta Rafaloff, Vice President, Institutional Income Annuities at MetLife. âThis need should be a catalyst for both workers and plan sponsors to think about retirement assets in terms of income, and not just savings. After all, guaranteed income will be needed throughout individualsâ retirements after their paychecks end. And with retiree debt on the upswing â since 2005 the number of retirees who consider debt a major or minor problem has increased from 30% to 44% â considering retirement income sources early is critical.â

Current retirees say they rely primarily on Social Security (62%) and defined benefit (DB) pensions (36%) as major sources for retirement income; two sources that may not play as significant a role for future generations. Although the study shows one third of workers expect Social Security to be a major source of income in retirement, more than two thirds of workers lack confidence that the Social Security system will continue to provide benefits of at least equal value to those received by retirees today.

The main reason cited by workers at all income levels for not increasing their contributions is the need to pay for day-to-day expenses, particularly since many are living paycheck-to-paycheck

In contrast, only 33% and 29% of workers believe major sources of their retirement income will come from Social Security and DB pensions, respectively. Additionally, while only 19% of retirees say employer-sponsored retirement plans such as a 401(k) are a major source of income in retirement, the percentage rises to 42% for current workers. As employers with DB plans increasingly limit participation to current rather than future workers, and new DB plan formation is very limited, there is little question that defined contribution (DC) plans will increasingly need to be relied on as a significant income source for future retirees.

When asked about income options in their current DC plans, 30% of those surveyed did not know whether or not their current plan offered an annuity option and only one in five believe they had access to an annuity through their plan. These results point to a need for current workers to understand what retirement income options may be available to them. For plan sponsors that do provide retirement income options, it underscores a need to communicate about them more effectively; for plan sponsors that donât offer them, they may want to look carefully at what they can reasonably make available.

âFor plan participants, retirement income solutions, such as a fixed-income annuity, allow them to secure a steady income in retirement, as a supplement to Social Security,â added Rafaloff.

MetLife has a broad perspective of the retirement industry and the retirement needs of American workers because of its longstanding presence in â and commitment to â the institutional retirement marketplace. The company is directly involved with, and has representation on, leading industry organizations and trade groups to ensure that we are an active participant in the ongoing dialogue on key issues and developments affecting retirement security. MetLife also strongly advocates for public policy that supports the ability of plan sponsors to enable a secure retirement for their plan participants.

About the Employee Benefit Research Institute
The Employee Benefit Research Institute is a private, nonpartisan, nonprofit research institute based in Washington, DC, that focuses on health, savings, retirement and economic security issues. EBRI does not lobby and does not take policy positions. The work of EBRI is made possible by funding from its members and sponsors, which includes a broad range of public, private, for-profit and nonprofit organizations. For more information go to www.ebri.org or www.asec.org.