…And they’re getting better at ‘spoofing’ legitimate customer care numbers 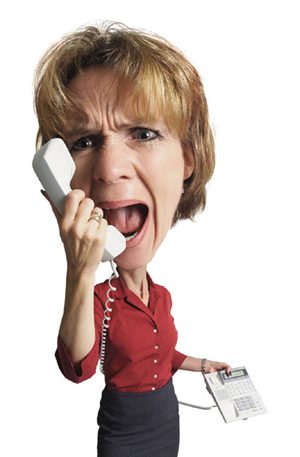 A key finding from the TNS report shows that robocallers are increasingly spoofing legitimate customer-care numbers from trusted brands to try to trick consumers.Â The report is a bi-annual update of key robocall trends drawing from over one billion daily call events from more than 500 carriers. The report looks at data trends for two types of unwanted robocalls: high-risk robocalls (scam/fraudulent calls which attempt to acquire call recipient personal information and/or money) and nuisance robocalls (which are not of malicious intent).

Both nuisance and high-risk calls grew over 40% in 2019 compared to the prior year, and the rate of unwanted robocalls accelerated in the second half of 2019 â jumping 70% from the same period the prior year. Additional key findings include:

89% of High-Risk Calls Come from Non-Tier 1 Carriers
While 68% of US calls originate from the six largest carriers (AT&T, CenturyLink, Comcast, Sprint, T-Mobile and Verizon), the TNS report finds that only 11% of calls coming from Tier-1 telephone numbers are considered high-risk. This suggests that as top carriers deploy STIR/SHAKEN and take other aggressive measures to combat robocalls, bad actors will continue to target smaller carriers to launch their robocall campaigns.

High-Risk Calls from Toll-Free Numbers More Than Doubled in 2019
The second half of 2019 saw a dramatic shift by bad actors from spoofing VoIP numbers to spoofing legitimate toll-free numbers, as toll-free originated calls increased to 28% of high-risk calls (up from 12% in 2018). Of greater concern is the fact that consumers are increasingly inundated with calls that appear to come from well-known, trusted brands – increasing the risk of being scammed out of money and information.

It takes a layered approach to restore trust in voice calling...

Neighbor Spoofing Up 40% in 2019
The use of neighbor spoofing increased 40% in 2019. Snowshoe spamming (spreading spoofed calls over several telephone numbers in low volume, then rapidly churning through the numbers to evade detection) also remains a preferred tactic that is difficult for over-the-top (OTT) robocall blocking apps to detect because they are not integrated with the network to detect real time, cross-carrier call events.

âAmericans received nearly 300 million daily unwanted calls in 2019, which is staggering. However, carriers, other industry participants and regulators aggressively collaborated in the second half of 2019 to address this issue and now have well thought out plans and strategies to execute in 2020 to combat robocalls. The recently passed Pallone-Thune TRACED Act, broader deployment of STIR/SHAKEN and carrier usage of analytics engines should reduce unwanted robocalls,â said Bill Versen, Chief Product Officer at Transaction Network Services. âIt takes a layered approach to restore trust in voice calling.â

Click here for a full copy of the 2020 TNS Robocall Investigation Report.

From small rural operators in the US to the largest multi-national carriers, TNS has over 500 operator customers and addresses the full needs of wireless and wireline operators in the US and globally. The TNS Call Guardian robocall detection solution is used by leading US wireless service providers as well as US landline providers and is accessible via numerous types of signaling protocols, can be customized by the individual operator, and is available to all types of service providers, including wireless, VoIP, and TDM wireline. TNS analyzes over 1 billion call events across over 500 operators every single day.