A new MDRT study examines the impacts of inflation and what spending cuts Americans would â or wouldnât â be willing to make in a recession. 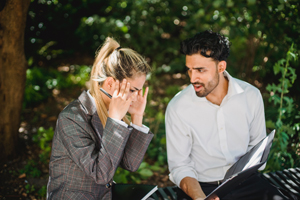 PARK RIDGE, Ill. (October 27, 2022) â A year of skyrocketing inflation and growing recession fears have taken their toll on American consumers, reinforcing a need for personalized financial advice rather than supposedly universal rules on household spending.

A new MDRT study finds only 26% of Americans say their personal financial situation has improved in the past year, and 76% are worried about a recession occurring in the year ahead. As consumers brace for a possible downturn, financial advisors must provide realistic, actionable advice specific to each clientâs financial objectives, abilities and limitations.

Inflation Eats Away at Real Incomes

When asked to name their top three increased expenses for essential goods, 78% of Americans chose groceries, 70% chose gas prices and 39% pointed to their electric bills. Certain other expenses fell harder on different demographic groups: 27% of Generation Z and 22% of millennials identified rising housing costs, while 17% of Americans with atâhome dependents identified childcare.

âThe possibility of recession has clearly come home for most Americans, and consumers are looking for ways to staunch the bleedingâ said MDRT First Vice President Greg Gagne, ChFC. âBuilding a sufficient emergency fund is a critical first step toward longâterm financial security, and financial advisors will have to get creative to help their clients reach this first benchmark.â

Rising childcare costs have garnered increased attention from economists, financial advisors and politicians in recent years. With the trend showing no signs of letting up, 16% of Americans with atâhome dependents say they have left the workforce because childcare was too expensive. Slightly more women (18%) than men (13%) say they have left the workforce for this reason.

Building a sufficient emergency fund is a critical first step toward longâterm financial security, and financial advisors will have to get creative to help their clients reach this first benchmark...

Another 10% of Americans with atâhome dependents say they would consider leaving the workforce, and another 8% say their partner would, if childcare costs continued to rise. These figures indicate that childcare costs are having a substantial impact on the size of the American workforce, as these figures do not include parents who left the workforce for other reasons, like cultural beliefs or disability.

Cut the Coffee? Not So Fast

Many personal finance experts tend to make broad recommendations on how to cut spending for households under financial stress, like skipping morning coffee. The MDRT survey results, however, reveal many Americans who either reject such recommendations, or say they are not applicable to their individual situation, underscoring the need for financial advisors to avoid such âuniversalâ guidance.

âIn an era where social obligations and interactions often require spending money, financial advisors should not be surprised when their clients say they cannot reduce some kinds of ânonâessentialâ spending,â says MDRT Immediate Past President Randy Scritchfield, CFP, LUTCF. âRather than attempting a oneâsizeâfitsâall solution, advisors must meet clients where they are and find the best fit for their holistic wellâbeing.â

With financial anxieties at heightened levels, financial advisors must prepare to once more guide their clients through an economic storm. By properly personalizing their recommendations to each client situation, advisors can better help all their clients stay on track to meet longâterm financial goals.

This online survey was fielded by G&S Business Communications on behalf of MDRT on August 31, 2022, with a representative U.S. sample of 1,326 adults, ages 18+, including 644 who reported having children or adult dependents in their households. The sample was balanced for age and gender using the Census Bureauâs American Community Survey to reflect the demographic composition of the United States.

Million Dollar Round Table (MDRT), The Premier Association of Financial ProfessionalsÂ®, is a global, independent association of the world’s leading life insurance and financial services professionals from more than 500 companies in 70 nations and territories. MDRT members demonstrate exceptional professional knowledge, strict ethical conduct and outstanding client service. MDRT membership is recognized internationally as the standard of excellence in the life insurance and financial services business. For more information, please visit mdrt.org and follow them on Twitter @MDRtweet.