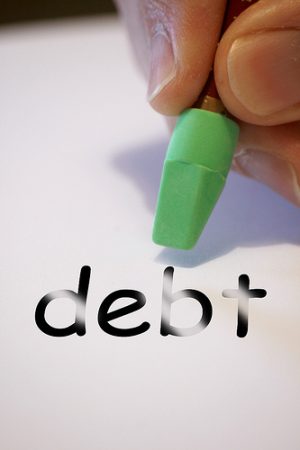 FORT LAUDERDALE, Fla., March 22, 2018 /PRNewswire/ — The beginning of each year is usually a busy time for consumer credit counselors as people look to pay off holiday debt and achieve New Year’s resolutions, but this year has been especially busy for the counseling team at Consolidated Credit.

Consumers are looking for solutions to record-high debt levels and the nonprofit organization has seen a 30% increase in requests for debt help since the start of 2018.

The increased calls does not surprise Consolidated Credit’s president Gary Herman. He says his team has been preparing for the uptick due to rising household debt levels and higher delinquency rates.

“People are getting overextended in the same way that they were just before the Great Recession,” Herman says. “The good news is that we’re seeing more people be proactive about finding solutions early, instead of waiting for the floor to drop out from under them if and when the economy decides to take a turn.”

Total U.S. household debt hit an all-time high of $13.15 trillion at the end of 2017, according to Federal Reserve Bank of New York’s Center for Microeconomic Data. Those numbers don’t yet include holiday credit card spending totals from November and December. Current debt levels are likely to already be much higher.

What’s more, severe delinquencies, balances 90 days or more late, are expected to increase to about 2% this year, according to a January report in MarketWatch. This would be the fourth consecutive year where delinquencies have increased.

“You can’t wait to fall behind to start looking for solutions,” Herman explains. “If you do, it may limit the options you have available to solve your problems with debt. Start researching debt relief options before you start to struggle to make ends meet. If you’re in doubt of which option is the best choice in your situation, speak with a credit counselor for a free evaluation.”

severe delinquencies, balances 90 days or more late, are expected to increase to about 2% this year

Â Consolidated Credit is one of the nation’s largest credit counseling agencies. In 25 years, they have helped over 6.5 million people overcome challenges with debt and other financial issues. Their mission is to assist families throughout the United States to end financial crisis and solve money management issues through education and professional counseling.