Most Americans Lack Access to Guaranteed Income in Retirement Plans 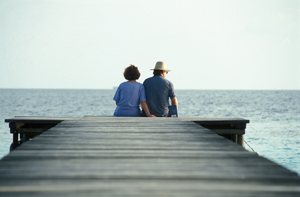 October 17, 2017 —Â NEW YORK–(BUSINESS WIRE)–Americans recognize the importance of having a secure source of retirement income they canât outlive, according to the 2017 TIAA Lifetime Income Survey.

More than half (56 percent) of Americans who are not retired say the most important goal for a retirement plan is to guarantee money every month to cover living expenses. Given a choice between receiving a $500,000 lump sum at retirement or getting $2,700/month for life, 62 percent would choose the monthly income.

However, even though Americans want steady income throughout their retirement, only 32 percent say their retirement plan includes access to products that provide monthly income in retirement. Among those who donât have access or arenât sure if they have access to such products, half would like such an option.

In fact, the majority of American adults who are not retired support legislative changes that would help them get more information about, and access to, lifetime income within their workplace retirement plans.

To learn more about these and other recommended policy changes that will help create a more financially secure future for all Americans, read the TIAA white paper.

Many unfamiliar with annuities

Though many Americans would like to receive access to retirement income they cannot outlive, only half (49 percent) of non-retirees are familiar with annuities â the only financial instruments (other than Social Security) that can provide a guaranteed stream of income during retirement. Even fewer non-retirees (13 percent) have purchased an annuity, though another 31 percent say they plan to do so.

âAmericans should give annuities a second â or, in many cases, a first â look because they can provide the reliability and security that is so critical as the average length of retirement grows,â Pressman said. âThe more you know about annuities, the better you can evaluate your options and select the investment products that best suit your financial needs and goals.â

Individuals may not be choosing annuities because they mistakenly think other investments offer a similar guarantee â a lack of understanding that could compromise their future financial security. Nearly two-thirds (63 percent) of non-retirees who are invested in a target-date fund expect that it will provide a guaranteed monthly paycheck for the length of their retirement, and 70 percent would like their target-date fund to offer this benefit.

However, the reality is that most target-date funds do not include this feature now, though recent innovations have resulted in some new investment options that provide lifetime income within the target-date structure, so more people could access these types of investments in the future.

While annuities can offer peace of mind to individuals by covering their fixed monthly expenses, people often draw upon other savings or supplemental income for discretionary spending. Most non-retirees surveyed plan to augment their retirement income with part-time (52 percent) or full-time (11 percent) work, which can provide extra income for travel, hobbies and other retirement activities.

Fortunately, there are many steps both employers and individuals can take to help improve retirement readiness and outcomes:

Increase the retirement savings rate. The survey shows that 73 percent of Americans are saving less than 11 percent of their current annual income (including contributions by their employer). Most experts recommend saving 10-15 percent of annual income for retirement.

Ensure employees understand how much of their income they will need to replace during retirement. Most experts agree that people should aim to replace 70-100 percent of their pre-retirement income to live comfortably during retirement, but only one-quarter (24 percent) of non-retirees think they will need at least 70 percent. These findings underscore an opportunity for employers to educate their employees on how to determine the income replacement ratio they should target for retirement.

Analyze how their savings will translate into retirement income. Slightly more than half (58 percent) of non-retirees have analyzed how their savings will translate into monthly income during retirement, with men far more likely to have done so than women (70 percent versus 48 percent). This is a critical step in the retirement planning process, and the earlier this analysis can be done, the better. Fewer than half of those who completed this analysis did so at least 20 years in advance of their planned retirement.

âThe prospect of saving enough money to last through a potentially long retirement can be overwhelming, even for those who feel financially secure in their pre-retirement life,â Pressman said. âEnsuring all Americans have access to better retirement plansânotably, plans that can produce a stream of income that is guaranteed to last a lifetime â will go a long way in helping to bring the peace of mind we all deserve in retirement.â

1Â The Lipper Large Fund and the Mixed-Assets Large Fund Awards are given to the group with the lowest average decile ranking of three yearsâ Consistent Return for eligible funds over the three-year period ended 11/30/12 (36 fund companies), 11/30/13 (48), 11/30/14 (48), 11/30/15 (37) and 11/30/16 (37) with at least five equity, five bond, or three mixed-asset portfolios. For the Mixed-Assets category, TIAA ranked against 39 and 36 fund families for the three-year period ended 11/30/15 and 11/30/16, respectively. Note these awards pertain to mutual funds within the TIAA-CREF group of mutual funds; other funds distributed by Nuveen Securities were not included. From Thomson Reuters Lipper Awards, Â© 2017 Thomson Reuters. All rights reserved. Used by permission and protected by the Copyright Laws of the United States. The printing, copying, redistribution, or retransmission of this Content without express written permission is prohibited. Past performance does not guarantee future results. Certain funds have fee waivers in effect. Without such waivers ratings could be lower. For current performance, rankings and prospectuses, please visit the Research and Performance section on TIAA.org. Nuveen Securities, LLC, Member FINRA and SIPC. Past performance is no guarantee of future results.

TIAA (TIAA.org) is a unique financial partner. With an award-winning1 track record for consistent investment performance, TIAA is the leading provider of financial services in the academic, research, medical, cultural and government fields. TIAA has $976 billion in assets under management2 (as of 9/30/2017) and offers a wide range of financial solutions, including investing, banking, advice and guidance, and retirement services.