Hold the phone, there, retirees...

Americans Not as Financially Prepared as They Think 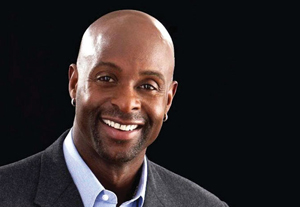 November 05, 2014 -CHARLOTTE, N.C.–(BUSINESS WIRE)–In financial matters, as in sports, itâs impossible to win without playing offense AND defense. A new national poll conducted by MetLife shows that many mass affluent Americans have listened to financial advice when it comes to playing offense and investing, but their assets and future plans may still be at risk. The results of the MetLife Financial Planning Perspectives Poll show that 55 percent of those surveyed do not believe that protecting their assets is as important as growing those assets.

âIn football, you canât win without taking a balanced approach. Youâve got to have a strong offense to score points and an agile defense to stop your opponent. It takes a team of specialists to come up with that kind of strategyâ

That is why the MetLife Premier Client Group is enlisting the help of pro football Hall of Famer Jerry Rice in an effort to highlight the need for a holistic approach to financial planning. The initiative underscores the notion that Americans must go beyond solely growing their assets if they are to achieve their long-term financial goals. They must also safeguard those assets with the advice of a team of financial professionalsâthatâs the âMetLife Perspectiveâ on financial planning.

âAs every financial professional knows, investors who arenât complementing their âoffensiveâ asset growth strategies with âdefensiveâ protection strategies are exposing themselves to considerable risk,â said Eric Steigerwalt, executive vice president of MetLifeâs U.S. Retail division. âWhile they may be diligently accumulating wealth for things such as their childrenâs education or retirement, itâs imperative that they also take steps to help safeguard their assets. The advice of qualified financial professionals can help them to build truly diversified portfolios, ones designed to grow their wealth and protect it at the same time.â

Taking the Clip Board: Jerry Rice

Considered to be the greatest receiver in professional football history, Hall of Famer Jerry Rice was known for his legendary work habits and training routine. He holds the pro football records for receptions, touchdown receptions and receiving yards. Now, heâs bringing that same passion and dedication to the MetLife Premier Client Group and its efforts to help Americans better understand how to properly prepare for their financial futures.

âIn football, you canât win without taking a balanced approach. Youâve got to have a strong offense to score points and an agile defense to stop your opponent. It takes a team of specialists to come up with that kind of strategy,â said Rice. âI see the MetLife Premier Client Group taking that same approach to financial planning for their clients.â

âJerryâs story is one of accomplishment and perseverance,â said Paul LaPiana, executive vice president of the MetLife Premier Client Group. âHe understands that a diversified approach to financial planning can benefit Americans as they prepare for whatever the future holds, and we believe he will also serve as a source of inspiration for our representatives and advisors.â

Conducted by Penn Schoen Berland, the MetLife Financial Planning Perspectives Poll surveyed 250 adults with investable assets of $100,000 to $1 million. It was designed to determine peopleâs approaches to financial management, their perceptions of growing and safeguarding their assets, and their views on the role that financial professionals play in their planning. The survey also sought to better understand their thoughts on their individual financial situations.

To encourage Americans to reflect on their current approach to financial management, MetLife has posted an abridged version of the poll at http://metlife.com/planningpoll that individuals can take for themselves to see how their answers compare to those of survey respondents.

As every financial professional knows, investors who arenât complementing their âoffensiveâ asset growth strategies with âdefensiveâ protection strategies are exposing themselves to considerable risk

âThis poll confirms that helping people develop more diversified strategiesâones aimed at also protecting their wealthârequires an ongoing educational effort,â LaPiana said. âFocusing most of your energies on growing your assets is an offense-only approach. At the MetLife Premier Client Group, we believe you need to pay equal attention to a defensive strategy by selecting the right mix of insurance products so you can protect both your income and your assetsâright now, and for future generations.â

Other findings from the MetLife Financial Planning Perspectives Poll:

More than half of those surveyed (56 percent) expect the economy to improve over the next six months.
More than half (55 percent) expect their financial situation to improve in the next five to ten years. In that group, 62 percent believe their situation will improve because their investments will grow.
When making investment decisions, nearly half of those surveyed (45 percent) rely at least in part on the guidance of a professional financial advisor, broker or investment advisor.
Of those surveyed who use a financial advisor, more than a third (37 percent) communicate with their advisor every few months. Nearly one in five (13 percent) communicate with their advisor more than once a month.

Of those who expect to retire after age 65, a large portion (65 percent) cite staying active and productive as reasons why theyâll continue to work. More than half (52 percent) say they need the income.
Penn Schoen Berland gathered responses to a series of questions from October 7 through October 10.

About the MetLife Premier Client Group
In October 2013, MetLife re-launched its U.S. retail distribution organization as the MetLife Premier Client Group. The organizationâs foundation is a workforce of highly trained and credentialed financial services representatives who subscribe to a core financial planning philosophy that balances asset growth and protection, who treat each client as unique and who provide a team-oriented approach to client service.

About MetLife
MetLife, Inc. (NYSE:MET), through its subsidiaries and affiliates (âMetLifeâ), is one of the largest life insurance companies in the world. Founded in 1868, MetLife is a global provider of life insurance, annuities, employee benefits and asset management. Serving approximately 100 million customers, MetLife has operations in nearly 50 countries and holds leading market positions in the United States, Japan, Latin America, Asia, Europe and the Middle East. For more information, visit www.metlife.com.