Most Americans Donât Have a Financial Plan, and Many Think Their Wealth Doesnât Deserve One 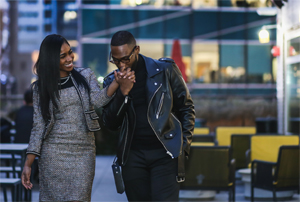 May 15, 2018 —Â SAN FRANCISCO–(BUSINESS WIRE)–New research from Charles Schwab shows that three in five Americans live paycheck to paycheck and that only one in four have a written financial plan, but those who do exhibit positive investing and saving behavior.

A thousand Americans participated in Schwabâs 2018 Modern Wealth Index, an assessment that scores participants between 1-100 based on how well they manage their money and investments across four factors: 1) goal setting and financial planning, 2) saving and investing, 3) staying on track, and 4) confidence in reaching financial goals.

The index reveals that having a written financial plan can lead to better daily money behaviors. âPlannersâ are more likely to have a higher overall Modern Wealth Index score, be regular savers, and effectively manage their debt:

âWhen we look at the top 10 percentile of overall performers in our Modern Wealth Index, thereâs a consistent theme that theyâre diligent plannersâthree in four say they have a written financial plan,â said Terri Kallsen, executive vice president and head of Schwab Investor Services. âPlanning is critical to achieving any goal. Itâs like establishing an exercise regimen to get in shapeâwe need to take the same approach to keep our finances in good health and on track.â

When it comes to investing behavior, these planners are more likely to stay engaged with their investments, be aware of the fees they are paying, and have confidence about reaching their goals:

Roadblocks to planning: Not enough, not for me

Among those without a written plan, 45 percent say itâs because they donât think they have enough money to merit a formal planâthe top roadblock according to Schwabâs study. Twenty percent say getting a financial plan simply never occurred to them, and another 20 percent say they wouldnât know how to go about getting a plan.

âThe idea that financial planning and wealth management are just for millionaires is one of the biggest misconceptions among Americans, and one of the most damaging,â said Joe Vietri, senior vice president and head of Schwabâs retail branch network.

âWhether people think they donât have enough money, believe it would be too expensive, or just find the whole concept too complicated, the longer they wait the harder it is to achieve long-term success. We must make planning and advice more accessible to more people. Simply put, we believe every American deserves a financial plan, regardless of how much money they have today.â

âThereâs no reason for financial planning to seem so difficult. Outside of financial services, there are so many examples of things that used to be burdensome or inaccessible now being much easier,â Vietri added. âWhen people think about creating a financial plan, they envision long, uncomfortable meetings in a stuffy office. At Schwab, weâre making planning more accessible by lowering costs, simplifying the experience, offering digitized plans that make it easier to engage in real time, and having conversations that ignite peopleâs passions rather than boring them with tedious charts and numbers.â

The idea that financial planning and wealth management are just for millionaires is one of the biggest misconceptions among Americans, and one of the most damaging

Vietri noted that Schwab held more than 140,000 planning conversations with clients in 2017, a number that has been steadily rising, as have assets in Schwabâs advisory solutions which are growing faster than client assets overall, and are up 18 percent year-over-year to $273 billion as of March 31, 2018. Assets in Schwabâs digital advisory services including Schwab Intelligent Advisory and Schwab Intelligent Portfolios are more than $30 billion, as of March 31, 2018.

According to the Modern Wealth Index, millennials are in many cases more focused on saving, investing and financial planning than older generations:

âWhat we see with younger investors is they arenât just saving and investing for retirement, which has been the primary focus of previous generations,â noted Vietri. âThey know they need to save for longer-term goals, but they also save and invest to fund near-term passions like travel and life experiences. This focus on nurturing themselves as they age might be one explanation of why they are so engaged with their money. Interestingly, millennials are also the least likely generation in our survey to think the amount of money they have doesnât merit a plan. We can all learn something from them.â

Modern wealth: Itâs not all about money

In addition to assessing how Americans are investing, Schwab asked people to think about personal definitions of wealth in their lives, and the survey revealed a wide range of perspectives. When asked for their personal definition of wealth, two of the top three most popular descriptors arenât about money at all:

According to Schwabâs survey, nearly half of Americans (49 percent) believe saving and investing is the way to achieve wealth over time. But in the short-term, they say that other things make them feel wealthy in their day-to-day lives:

When asked to focus just on numbers, survey respondents believe it takes $1.4 million to be considered financially comfortable. To be considered truly âwealthy,â that number increases to $2.4 million.

How Good Are You At Managing Your Money?
People can take the Modern Wealth Index survey to receive their own personal score in just a few minutes at www.schwab.com/MyModernWealth.

About the Modern Wealth Index

The Modern Wealth Index, developed in partnership with Koski Research and the Schwab Center for Financial Research, is based on Schwabâs Investing Principles and composed of over 50 financial behaviors and attitudes. Each behavior or attitude is assigned a varying amount of points depending on its importance, out of a total of 100 possible points.

The online survey was conducted by Koski Research from January 12 to January 19, 2018, among 1,000 Americans aged 21 to 75. Quotas were set so that the sample is as demographically representative as possible. The margin of error for the total survey sample is three percentage points.

At Charles Schwab, we believe in the power of investing to help individuals create a better tomorrow. We have a history of challenging the status quo in our industry, innovating in ways that benefit investors and the advisors and employers who serve them, and championing our clientsâ goals with passion and integrity. More information is available at www.aboutschwab.com. Follow us on Twitter, Facebook, YouTube and LinkedIn.

One response to “Most Americans Donât Have a Financial Plan, and Many Think Their Wealth Doesnât Deserve One”