One-quarter of adults say health care has become harder to afford, new survey finds;
Only about half of Americans would have money to pay for an unexpected medical bill 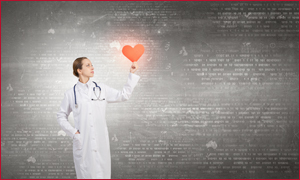 President Trump is expected to soon address the nation about the rising cost of prescription drugs. But Americans are worried about more than drug prices. New findings from the Commonwealth Fund Affordable Care Act Tracking Survey show that consumersâ confidence in their ability to afford all their needed health care continues to decline.

Last week, we reported that the survey indicated a small but significant increase in the uninsured rate among working-age adults since 2016. In this post, we look at peopleâs views of the affordability of their health care. The Affordable Care Act Tracking Survey is a nationally representative telephone survey conducted by SSRS that tracks coverage rates among 19-to-64-year-olds, and has focused in particular on the experiences of adults who have gained coverage through the marketplaces and Medicaid. The latest wave of the survey was conducted between February and March 2018.1

Confidence in Ability to Afford Health Care Continues to Decline

In each wave of the survey, weâve asked respondents whether they have confidence in their ability to afford health care if they were to become seriously ill. In 2018, 62.4 percent of adults said they were very or somewhat confident they could afford their health care, down from a high of nearly 70 percent in 2015 (Table 1). Only about half of people with incomes less than 250 percent of poverty ($30,150 for an individual) were confident they could afford care if they were to become very sick, down from 60 percent in 2015 and about 20 percentage points lower than the rate for adults with higher incomes.

There were also significant declines in confidence among young adults, those ages 50 to 64, women, and people with health problems. Declines were significant among both Democrats and Republicans.

People in Employer Plans Have the Greatest Confidence in Their Insurance
We asked people with health insurance how confident they were that their current insurance will help them afford the health care they need this year. Majorities of adults were somewhat or very confident in their coverage; those with employer coverage were the most confident. More than half (55%) of adults insured through an employer were very confident their coverage would help them afford their care compared to 31 percent of adults with individual market coverage and 41 percent of people with Medicaid (Table 2). The least confident were adults enrolled in Medicare. Working-age adults enrolled in Medicare were the sickest among insured adults and the second-poorest after those covered by Medicaid (data not shown).2

Only About Half of Americans Would Have Money to Pay for an Unexpected Medical Bill
Accidents and other medical emergencies can leave both uninsured and insured people with unexpected medical bills, which usually require prompt payment. We asked people if they would have the money to pay a $1,000 medical bill within 30 days in the case of an unexpected medical event. Nearly half (46%) said they would not have the money to cover such a bill in that time frame (Table 4). Women, people of color, people who are uninsured, those covered by Medicaid or Medicare, and those with incomes under 250 percent of poverty were among the most likely to say they couldnât pay the bill.

There were also significant declines in confidence among young adults, those ages 50 to 64, women, and people with health problems. Declines were significant among both Democrats and Republicans

Health Care Is Among Peopleâs Top Four Greatest Personal Financial Concerns
Fourteen percent of adults said that health care was their biggest personal financial concern, after mortgage or rent (23%), student loans (17%), and retirement (17%) (Table 5). Those most likely to cite health care as their greatest financial concern were people who could potentially face high out-of-pocket costs because they were uninsured or had high-deductible health plans.

Uninsured adults are the least confident in their ability to pay medical bills. But the risk of high out-of-pocket health care costs doesnât end when someone enrolls in a health plan. The proliferation and growth of high-deductible health plans in both the individual and employer insurance markets is leaving people with unaffordable health care costs. Many adults enrolled in Medicare for reasons of disability or serious illness also report unease about their health care costs. An estimated 41 million insured adults have such high out-of-pocket costs and deductibles relative to their incomes that they are effectively underinsured. As this survey indicates, the nationâs health care cost burden is felt disproportionately by people with low and moderate incomes, people of color, and women.

The ACAâs reforms to the individual insurance market have doubled the number of people who now get insurance on that market to an estimated 17 million, with approximately half receiving subsidies through the ACA marketplaces. The ACA also has made it possible for people who were regularly denied coverage by insurers â older Americans and those with health problems â to get insurance. They are now entitled by law to an offer should they want to buy a plan.

But as this survey suggests, the ACAâs reforms did not fully resolve the individual marketâs relatively higher costs for all those enrolled, compared to employer coverage or Medicaid. Moreover, recent actions by Congress and the Trump administration, including the repeal of the individual mandate penalty and loosened restrictions on plans that donât comply with the ACA, are expected to exacerbate those costs for many. In the survey, people with individual market coverage are more likely than those with employer coverage or Medicaid to say that their health care, including prescription drugs, has become harder to afford in the past year. They express less confidence than those with employer coverage that their insurance will help them afford their care this year. As explained in the first post, there are a number of policy options that Congress can pursue that would improve individual market insuranceâs affordability and cost protection. In the absence of bipartisan Congressional agreement on legislation, several states are currently pursuing their own solutions. But if current trends continue, the federal government will likely confront growing pressure to provide a national solution to Americaâs incipient health care affordability crisis.

Â Notes
1 The survey firm SSRS interviewed a random, nationally representative sample of 2,403 19-to-64-year-old adults between February 6 and March 30, 2018, including 638 who have individual market, marketplace, or Medicaid coverage. The findings are compared to prior Affordable Care Act Tracking Surveys. The survey has an overall margin of error is +/â 2.8 percentage points at the 95 percent confidence level. See How We Conducted This Survey for more information on survey methods.

2 People under age 65 may become eligible for Medicare if they are disabled and are receiving Social Security Disability Insurance or have been diagnosed with end-stage renal disease (ESRD) or amyotrophic lateral sclerosis (ALS).