Concerns For The Golden Years

Retirement Risk Readiness Study from Allianz Life finds people are concerned with the impact of inflation and the cost of healthcare, but not taking action to protect their retirement security 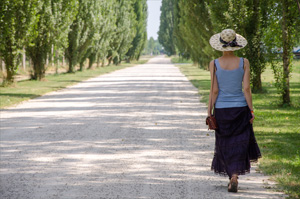 MINNEAPOLIS â Oct. 26, 2020 â With increased longevity resulting in retirements that can last 25-30 years or longer, Americans are revealing concerns about their ability to manage the rising cost of living as they age, according to the 2020 Retirement Risk Readiness Study from Allianz Life Insurance Company of North America.

Over half (57%) of all Americans are worried inflation will make their basic retirement expenses unaffordable, and 59% believe that the rising cost of living will prevent them from enjoying their retirement. Yet, less than a quarter (24%) are discussing the impact of inflation with their financial professional, and only about two in 10 (21%) say they will use a financial product that allows for the opportunity for increasing income as a way to help address inflation.

âEveryone knows that inflation makes things more expensive over time, but few seem to appreciate that rising costs can also bring more complexity, which is particularly concerning as we age and our cognitive ability declines,â said Kelly LaVigne, vice president of Consumer Insights, Allianz Life. âIt is already challenging to establish and maintain reliable sources of retirement income. The additional pressure of managing increased expenses can pose a risk to financial security if people donât have a strategy for increasing income opportunity built in to their retirement plan.â

The Retirement Risk Readiness Study surveyed three categories of Americans to get different perspectives on retirement: pre-retirees (those 10 years or more from retirement); near-retirees (those within 10 years of retirement); and those who are already retired. In addition to general concerns about inflation, both retirees and non-retirees expressed anxiety around rising healthcare costs that may be exacerbated due to healthcare issues forcing early retirement.

Everyone knows that inflation makes things more expensive over time, but few seem to appreciate that rising costs can also bring more complexity, which is particularly concerning as we age and our cognitive ability declines...

This has the potential to be even more problematic as a quarter of respondents who retired early said they did so due to healthcare issues and more than a third (34%) of those who have yet to retire say healthcare issues are one of the most likely reasons they may have to retire earlier than expected.

âHealthcare is one area where costs seem to be rising at a faster rate than other expenses with no end in sight, so itâs definitely concerning that a majority of people donât have a good sense of what those expenses are,â noted LaVigne. âAs we age, our ability to manage complex financial matters is likely to diminish over time, so it makes sense to plan ahead as much as possible and prepare for any surprise expenses. Itâs crucial that Americans start to make the connection between aging and inflation risks, so they are better protected for the future.â

*Allianz Life conducted an online survey, the 2020 Retirement Risk Readiness Study, in January 2020 with a nationally representative sample of 1,000 individuals age 25+ in the contiguous U.S. with an annual household income of $50k+ (single) / $75k+ (married/partnered) OR investable assets of $150k. Increasing income potential is provided through either built-in or optional riders at an additional cost.

About Allianz Life Insurance Company of North America
Allianz Life Insurance Company of North America, one of the FORTUNE 100 Best Companies to Work ForÂ® and one of the Ethisphere 2020 Worldâs Most Ethical CompaniesÂ®, has been keeping its promises since 1896 by helping Americans achieve their retirement income and protection goals with a variety of annuity and life insurance products. In 2019, Allianz Life provided additional value to its policyholders via distributions of more than $10.4 billion. As a leading provider of fixed index annuities, Allianz Life is part of Allianz SE, a global leader in the financial services industry with over 147,000 employees in more than 70 countries. Allianz Life is a proud sponsor of Allianz FieldÂ® in St. Paul, Minnesota, home of Major League Soccerâs Minnesota United.