Americans are Prepared to Work Longer, but Unprepared to Live Longer 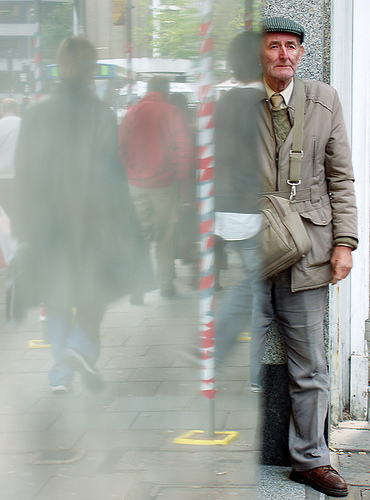 MILWAUKEE, May 7, 2013 /PRNewswire/ — Just over half (56%) of Americans say they’re financially prepared to live to the age of 75, yet 10% expect to work into their 80s, according to new research from Northwestern Mutual’s 2013 Planning & Progress Study.

“The incredible contrast between how long people expect to work, and how financially prepared they feel to live long lives, dramatically underscores how far behind people feel in their financial planning,” says Greg Oberland, Northwestern Mutual executive vice president. “We’re seeing the average retirement age being pushed further out, due in large part to widespread feelings of long-term financial insecurity. That adds up to people feeling squeezed during a period of their lives when their financial obligations really should be easing.”

On average, pre-retirees say they will retire at age 68, even though the mean age of retirement among those already retired is 59.

Looking closer at the breakouts, it’s clear the number of Americans expecting to retire young is very small, while the number expecting to work into their 70s and 80s is considerable.Â  Specifically:

Meanwhile, when Americans were asked about their financial preparedness, based on their current situation, future prospects and long-term plans:

“Although Americans are struggling, we’re seeing some positive signs for the future,” notes Oberland. “People intend to save more, and are aiming for slow-and-steady growth rather than swinging for the fences. Ultimately, we would like to see that translate into higher levels of financial security.”

In this study, “financial security” is defined as “a feeling of confidence that you will achieve the financial goals you have for yourself or your family through the actions you are currently taking.”

Within the study, several subgroups emerge as being among the least financially secure in America.

About the ResearchÂ Â  Â
This is the latest set of findings released from Northwestern Mutual’s 2013 Planning & Progress Study, which explores the state of financial planning in America today, and provides unique insights into people’s current attitudes and behaviors toward money, goal-setting and priorities. Northwestern Mutual will release additional results and a series of multi-media materials over the coming weeks.

The study was conducted by independent research firm Harris Interactive, and included 1,546 Americans aged 25 or older who participated in an online survey between January 9, 2013 and January 23, 2013. Results were weighted as needed for age by gender, education, race/ethnicity, region and household income. Propensity score weighting was also used to adjust for respondents’ propensity to be online. No estimates of theoretical sampling error can be calculated; a full methodology is available.