Making It In America 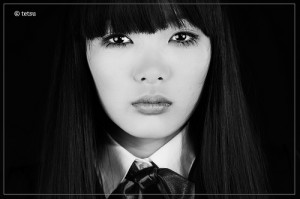 MILWAUKEE, Sept. 15, 2014 /PRNewswire/ — Despite differences among various minority populations in the U.S., the majority of respondents in an online Harris Interactive survey commissioned by Northwestern Mutual believe financial success is within reach.

In the company’s “Elements of Success Study”, 80 percent of respondents in four population segments â Asian American, Hispanic American, African American and LGBT â agree with the statement: “The outcome of my life is determined by my own actions.” This overarching agreement superseded factors of employment, education, financial circumstances and other differences among respondents.

“The survey points to the commonality among diverse populations,” said Kate Kane, president of the Northwestern Mutual managing directors association. “We share universal American ideals about success that override cultural and economic differences.”

About 50 percent of this diverse group defined financial success as being debt-free. Though most said they were not at a point in their lives where they had enough money to do the things they love, they display great optimism that they have the ability to make their financial dreams a reality.

80% agree: The outcome of my life is determined by my own actions

In helping resolve the gap between financial dreams and financial reality, few of those in the diverse group reported working with a financial adviser, with only:

“Working with a financial adviser is a first step to financial freedom; everyone can benefit from working with a plan,” said Kane. “They can help you prioritize your objectives and lay out the path to get there.”

Northwestern Mutual commissioned the online study to examine U.S. adults’ perceptions of their personal, family, career and financial success. The survey was conducted in December 2013 via a systematic random sample of 1,513 U.S. adults.

About Northwestern Mutual
Northwestern Mutual has been helping families and businesses achieve financial security for nearly 160 years. Our financial representatives build relationships with clients through a distinctive planning approach that integrates risk management with wealth accumulation, preservation and distribution. With more than $217 billion in assets, $26 billion in revenues and more than $1.5 trillion worth of life insurance protection in force, Northwestern Mutual delivers financial security to more than 4.2 million people who rely on us for insurance and investment solutions, including life, disability and long-term care insurance; annuities; trust services; mutual funds; and investment advisory products and services.