American Are Living Longer... But Not Always Healthier 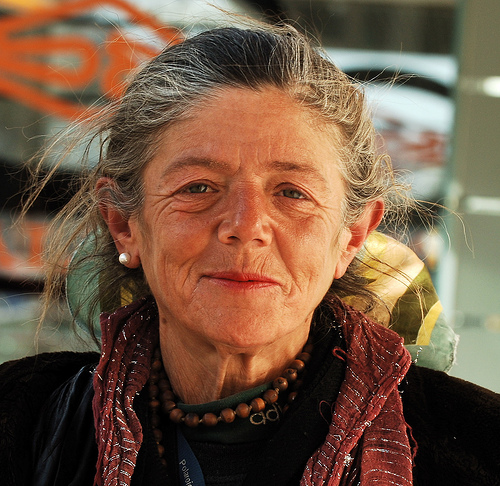 (Tampa Bay, FL) April 16, 2015—As Americans’ lifespans grow, so do their expenditures on healthcare, particularly during the late stages of life. A recent study by Caring.com revealed that nearly half of caregivers spent more than $5,000 a year on elderly family members, including medication, medical supplies and home renovations to accommodate aging parents.

Seven percent said they spend upwards of $50,000 per year. (1) Such financial responsibilities can affect families’ well-being by impeding the ability to invest in their own wants and needs, such as education, retirement, leisure activities or their own healthcare. Robert Drapkin, MD, board certified physician in Internal Medicine, Medical Oncology and Palliative Care, asserts that healthy choices earlier in life can stem the tide of disease and financial hardship in old age.

Healthcare is typically the largest expense and financial concern for retirees. As expenses consume their savings, family members are often forced to pitch in to cover out-of-pocket costs. Even with Medicare, seniors often find their out-of-pocket expenses to be exorbitant.

A report published in The Journal of General Internal Medicine revealed that 75% of Medicare-eligible households spent at least $10,000 on health care during their last five years of life. The average expenditure was $38,688. For 25% of respondents, healthcare expenses actually exceeded their total household assets. (2) Dr. Drapkin counters societal assumptions that growing old inevitably results in disease, declining health and financial hardship. He submits that rejecting society’s accepted sedentary lifestyle is the true antidote to declining health in old age, and urges Americans to adopt a healthy lifestyle early on to set the stage for life-long vitality.

Misguided presumptions about qulaity of life

“The elderly often find their needs ignored by the American healthcare system,” said Dr. Drapkin. “They are given excessive, inappropriate medications, and subjected to unnecessary tests, in part because our society expects that health will decline as age increases. Such presumptions of deteriorating quality of life as we age are misguided at best, and inhumane at worst.”

According to the Centers for Disease Control and Prevention (CDC), the U.S. life expectancy is now 78.8 years. (3) As Americans face longer retirements, financial concerns become more pronounced. In a recent study, 53% of baby boomers surveyed said they were “very concerned” about health-care costs in retirement. (4)

Dr. Drapkin found one bright spot in this study: 88% of respondents were aware that making healthier lifestyle choices will impact not only their health, but also their financial status in retirement. (4) Americans need to know that aging does not automatically lead to poor health and disease, per Drapkin, who adds that proper diet and exercise can help hedge off the obesity, high cholesterol, diabetes, erectile dysfunction and heart disease that plague too many of the elderly.

Excessive medications are another problem facing the elderly. As people age, the likelihood of being prescribed more than one medication rises. Individuals aged 65 to 69 take an average of 15 prescriptions per year, while those from 80 to 84 take an average of 18. Furthermore, 15% to 25% of drugs used by seniors are considered unnecessary or inappropriate and the economic impact of medication-related problems is estimated at $177.4 billion per year, rivaling that of Alzheimer’s disease, cancer, diabetes and cardiovascular disease. (5)

75% of Medicare-eligible households spent at least $10,000 on health care during their last five years of life. The average expenditure was $38,688

The Journal of General Internal Medicine found that doctors in the U.S. routinely prescribe potentially harmful drugs to older patients. In fact, many commonly prescribed drugs can do more harm than good, because they remain in elderly patients’ systems longer, causing higher rates of complications. (6) Researchers looked at data on more than six million older men and women across the U.S., and found that 1.3 million (approximately one in five) had been prescribed at least one drug from a list of 110 medications that should be avoided in the elderly—even though many had safer substitutes. About 5% of the older patients had been prescribed at least two of the drugs on the list, which includes certain muscle relaxants, anti-anxiety medications and diabetes medications, all of which tend to remain in elderly patients’ systems longer than younger people’s. (6)

Dr. Drapkin’s decades of study in the fields of diet and exercise were inspired by his dedication to helping patients prevent and treat medical conditions, including erectile dysfunction, to improve their quality of life. For older Americans looking to better their health, he suggests the following:

Exercise and diet: 30 minutes of vigorous cardiovascular exercise three times a week and resistance training for each muscle group once a week

Measure progress with your weight, waist size, appearance in photographs and maximum heart rate. If it is measurable, it is controllable.

About Dr. Robert Drapkin, MD, FACP
Robert Drapkin, MD, is a health care provider who is board certified in Internal Medicine, Medical Oncology, and Palliative Care. He is in active practice, working to save lives and improve quality of life through the education of his patients. He provides up-to-date knowledge and guides patients through their illnesses, exercises, and diets. He has been in active medicine practice for over 36 years. Dr. Drapkin is currently 70 years old and started training as a body builder when he was in his fifties. He has been a competitive body builder for 17 years, and has won many titles and contests. He is currently in training for a national event in July 2015.