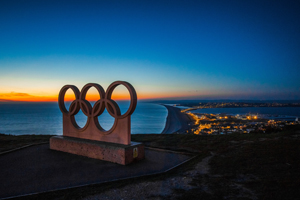 âAllianz is proud to be the Worldwide Insurance Partner of the Olympic and Paralympic Movements,â said Oliver BÃ¤te, Chief Executive Officer of Allianz SE. âAs a supporter of the sports ecosystem and through shared core values of excellence, friendship, inclusion and respect, Allianz and our 148,000 employees and 100,000 agents are excited to care and deliver for athletes, their families and their ambitions.â

Already a proud sponsor of Allianz Field, home of Major League Soccerâs Minnesota United FC, Allianz Life is extending its commitment to community engagement and inclusion to the Olympic & Paralympic Movements, including a new sponsorship with U.S. Paralympic archer Matt âThe Armless Archerâ Stutzman. A two-time Paralympian and silver medalist at the London 2012 Paralympic Games, Stutzman is hoping to represent Team USA again at the Tokyo 2020 Paralympic Games, which will take place between August 24 and September 5, 2021.

Deep Commitment All Around

âThis is an exciting day for Allianz across the globe as this partnership with the Olympic and Paralympic Movements establishes Allianz as one of just 15 current worldwide partners,â said Walter White, president and CEO, Allianz Life. âIn the U.S., we are proud to support this initiative over the next eight years, starting with our new relationship with Matt Stutzman and his quest for gold. Matt embodies the qualities of diversity, inclusion and perseverance that inform our values-driven culture and guide us in our mission to help people live their lives with confidence.â

âI am honored and humbled to be supported by Allianz Life and its employees as I train for the upcoming Tokyo Games,â said Stutzman. âAllianz’s deep commitment to the Paralympic and Olympic Movements provides inspiration for many other athletes and me as we strive to reach our goals and, hopefully, the top of the podium.â

For more information about Allianz Lifeâs support for the Olympic and Paralympic Movements, visit www.allianzlife.com/olympics.

This is an exciting day for Allianz across the globe as this partnership with the Olympic and Paralympic Movements establishes Allianz as one of just 15 current worldwide partners...

Since initially announcing the partnership in September 2018, Allianz has engaged fans, athletes, teams and employees through health-related initiatives across four pilot markets â Australia, China, France and Spain. Allianz presented the Australian Olympic Committeeâs Wellbeing Week to showcase ways to improve mental health. Allianz also worked with the Paris 2024 Organizing Committee for the Olympic and Paralympic Games to encourage people to walk and run for âClub Paris 2024,â an initiative to encourage movement and be part of the Games.

In the coming months, Allianz will expand local initiatives to connect with athletes and fans across the world. To name a few, the global insurer will offer consumers and employees the chance to take part in the Olympic Torch Relay at Beijing 2022 and will engage youth with the spirit and values of the Movements at its Allianz Sports Camps through trying sports, building friendships and learning from athletes. Furthermore, Allianz will support the Movements with tailored insurance solutions and services.

âHaving announced this new agreement in 2018, our teams have already been working together in key pilot markets to support athletes and the Olympic Movement,â said IOC President Thomas Bach. âAs we start this new Olympic year, we are excited to begin in earnest our global collaboration with Allianz.â

âAllianz brings global visibility to the athletes and values of the Paralympic Movement, and we look forward to our next phase working together,â added IPC President Andrew Parsons.

The partnership runs from 2021 â 2028. More details can be found on Allianzâs website here.

About Allianz Life Insurance Company of North America
Allianz Life Insurance Company of North America, one of the FORTUNE 100 Best Companies to Work ForÂ® and one of the Ethisphere 2020 Worldâs Most Ethical CompaniesÂ®, has been keeping its promises since 1896 by helping Americans achieve their retirement income and protection goals with a variety of annuity and life insurance products. In 2019, Allianz Life provided additional value to its policyholders via distributions of more than $10.4 billion. As a leading provider of fixed index annuities, Allianz Life is part of Allianz SE, a global leader in the financial services industry with over 147,000 employees in more than 70 countries. Allianz Life is a proud sponsor of Allianz FieldÂ® in St. Paul, Minnesota, home of Major League Soccerâs Minnesota United.

About Euler Hermes
Euler Hermes is the global leader in trade credit insurance and a recognized specialist in the areas of surety, collections, structured trade credit and political risk. Our proprietary intelligence network analyses daily changes in corporate solvency representing 92% of global GDP. We give companies the confidence to trade, and be paid. We compensate your company in the event of a bad debt, but more importantly, we help you avoid bad debt in the first place. Whenever we provide trade credit insurance or other finance solutions, our priority is predictive protection. But, when the unexpected arrives, our AA credit rating means we have the resources, backed by Allianz, to provide compensation to maintain your business. Headquartered in Paris, Euler Hermes is present in 50+ countries with 5,800 employees. In 2019, our consolidated turnover was â¬2.9 billion and insured global business transactions represented â¬950 billion in exposure. For more information, please visit: eulerhermes.com.

About Allianz
The Allianz Group is one of the world’s leading insurers and asset managers with more than 100 million retail and corporate customers in more than 70 countries. Allianz customers benefit from a broad range of personal and corporate insurance services, ranging from property, life and health insurance to assistance services to credit insurance and global business insurance. Allianz is one of the worldâs largest investors, managing around 774 billion euros on behalf of its insurance customers. Furthermore, our asset managers PIMCO and Allianz Global Investors manage 1.7 trillion euros of third-party assets. Thanks to our systematic integration of ecological and social criteria in our business processes and investment decisions, we are one of the leading insurers in the Dow Jones Sustainability Index. In 2019, over 147,000 employees achieved total revenues of 142 billion euros and an operating profit of 11.9 billion euros for the group.