Arming for the battle to get things done 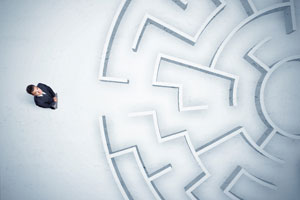 If you pay attention to the news these days, youâll start seeing more and more things happening which can be defined as the battle between algorithms and elbow grease. In many ways, I believe this conflict is becoming the defining juxtaposition of our times; comparing the effects of strenuous physical exertion to formulaic solutions, generally facilitated by computers. Or, in other words, the battle between getting things done the good old school way or the new ways.

Algorithms: âA set of rules for solving a problem in a finite number of steps, as for finding the greatest common divisor.â

Again, from The Grammarist: âAn algorithm is logical procedure that is applied to a problem in order to solve that problem. Computers commonly use algorithms. Algorithm is a noun, related words are algorithmic, algorithmically. The word algorithm is derived from the Old French word algorisme, which was the term for the Arabic numeral system.â

But enough with the definitions. How about some simple examples from your own life?

The phone app that connects you and your Lyft ride to one another is the algorithm. The driver is the elbow grease.

The program you follow to train for a marathon is the algorithm. The sweaty distance you run five days a week is the elbow grease.

The Quicken software you use to balance your checkbook in the algorithm. The time you spend actually inputting checks and balancing your account is the elbow grease.

The reason this juxtaposition will become more and more popular is because it also serves as a metaphor for the growing divide between the haves and the have nots, both in this country and around the world.

the widespread career of driving, a business segment that employs ten to 15% of all working men in the US, will be replaced by computers, robots, and drones

But please donât think Iâm suggesting that elbow grease only defines blue-collar workers who labor with their hands, while algorithms define people who work with superior technological know-how. Instead, think of this: plenty of white-collar information workers whose jobs will eventually be replaced by computer code also fit squarely in the elbow grease category. These include accountants, engineers, diagnosticians, and even radiologists.

What we do know is that the technological changes we all take for granted today will pose great upheaval for all of us in the near future. For example, you already know that the Uber ride you take today will be provided by a driverless car ten or twenty years from now. And right now that seems like a good thing because it will undoubtedly save money and time, reduce congestion, and free up parking spaces. But it also means that the widespread career of driving, a business segment that employs ten to 15% of all working men in the US, will be replaced by computers, robots, and drones. Where will those displaced drivers go to earn a living? And where will they go to define their worth?

We know that algorithms will replace elbow grease. What we donât know what it will cost.

Each shift resulted in massive social changes that was felt geographically, economically, culturally, religiously, and geo-politically. The only difference from those shifts and the ones weâre experiencing today is that we look at those older changes with a lack of hands-on emotion, the benefit of hindsight, and an understanding that they happened much more slowly and over a much longer period of time than the changes weâre experiencing today.

The contemporary battle between algorithms and elbow grease might just be the largest social experiment and reorganization of responsibility and renumeration humankind has yet experienced. But much like the mouse running around in a researcherâs maze, we donât know which turn will get us to the cheese nor which one will lead us to a dead end.

But like that mouse, what we do know is that if we want a successful outcome, weâd better start exploring our options.