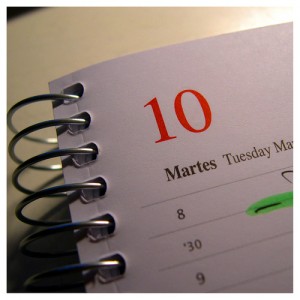 Carmel, IN., May 7, 2013 â An overwhelming majority (90%) of our nationâs middle-income Americans say they are not financially prepared for a critical illness diagnosis, according to a new study released by Washington National Institute for Wellness Solutions (IWS).

The study, Middle-Income Americaâs Perspectives on Critical Illness and Financial Security, which surveyed 1,001 Americans ages 30 to 66 with an annual household income of between $35,000 and $99,999, found that only 1-in-10 feels strongly confident they have enough savings to cover family emergencies and handle the financial implications of a critical illness.

Middle-income Americans today face a significant risk of being diagnosed with one or more critical illnessesâ including cancer, heart disease, stroke and Alzheimerâs disease.Â  For the majority, a critical illness diagnosis can be life-changing both financially and personally.

If diagnosed with a critical illness, most middle-income Americans say they would be forced to draw on savings to pay for out-of-pocket expenses not covered by insurance.Â  But according to the study, many have little, if any, savings to fall back on:

To pay for critical illness costs, middle-income Americans say they would need to use credit cards (28%) or loans from family/friends (23%) or financial institutions (19%) to offset expenses not covered by health insurance.Â  Another one-fourth (23%) say they simply âdonât knowâ what resources they would use to help offset their expenses.Â  Millennials and Gen Xers anticipate greater reliance on credit cards and loans to pay for critical illness expenses.

Middle-income Americans today face a significant risk of being diagnosed with one or more critical illnessesâ including cancer, heart disease, stroke and Alzheimerâs disease. For the majority, a critical illness diagnosis can be life-changing both financially and personally

âEducate yourself about the real-life costs of critical illness,â said Barbara Stewart, President of Washington National Insurance Company.Â  âFind out what your current insurance willâand will notâcover, and then assess your overall financial health.Â  Identify the gaps between the resources you would need and the options already available to you.â

Methodology
Middle-Income Americaâs Perspectives on Critical Illness and Financial Security, a study from the Washington National Institute for Wellness Solutions, was conducted in January 2013 by Zeldis Research, an independent research firm.Â  The full report can be viewed at WNInstituteforWellness.com.
Â
A cross-generational nationwide sample of 1,001 middle-income Americans ages 30 to 66 with an annual household income of between $35,000 and $99,999 participated in the internet-based survey.Â  Females and males each represented approximately 50% of survey participants.
Â
None of the respondents had ever been diagnosed with any of the following critical illnesses: Alzheimerâs disease or dementia, cancer, heart disease, multiple sclerosis, Parkinsonâs disease, and stroke.Â  Respondents were excluded if they had Medicare, Medicaid or Medicare supplement insurance.Â  Significant subsample differences were tested at the 95% confidence level.
Â
Â
About the Washington National Institute for Wellness Solutions
The Institute for Wellness Solutions is Washington Nationalâs research and consumer education program.Â  The organization sponsors studies and supports awareness campaigns to help Americans meet the challenges of critical illnesses.Â  Specifically, the institute provides insight and practical advice about wellness and illness prevention, illness care and treatment, and managing the total costsâfinancial and personalâof critical illnesses.Â  To learn more, visit WNInstituteforWellness.com.
Â
Washington National, a subsidiary of CNO Financial Group, Inc. (NYSE: CNO), has helped Americans since 1911 to protect themselves and their families from the financial hardship that often comes with critical illnesses, accidents and loss of life.Â  The company remains dedicated to helping middle-income Americans who work hard and want to protect themselves and their loved ones.Â  To learn more, visit WashingtonNational.com.