On Aging: New England Sports Legends to Tell Their Stories 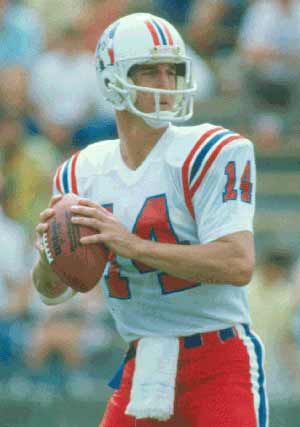 Boston, MA â New England sports legends Mike Eruzione, Steve Grogan, Bill Russell and Luis Tiant, will speak on a panel moderated by James âJBâ Brown at the Boston Convention and Exhibition Center on Friday, May 9, 2014, from 12:00 pm to 1:00 pm as part of AARPâs bi-annual [email protected]+ National Event & Expo taking place in Boston from May 8-10, 2014. Additional sports-related panels, speakers, and a free movie preview for [email protected]+ attendees are detailed below. More speakers will be announced in the days ahead of the national event including todayâs most renowned celebrities, lifestyle, health, travel and financial experts.

A separate Life Reimagined panel moderated by journalist Soledad OâBrien on Friday, May 9, at 2:00 pm, will feature Jeff Bauman and Carlos Arredondo. Bauman lost both of his legs in the 2013 bombing attack near the finish line of the Boston Marathon, and was photographed being carried away from the wreckage by Arredondo.

On Friday, May 9, from 4:00pm – 6:00pm, The AARP Movies for Grownups Film Festival will feature a pre-release screening of Million Dollar Arm, which recounts the real-life story of sports agent JB Bernstein (Jon Hamm), who concocts a scheme to find baseballâs next great pitching ace in a last ditch effort to save his career. Admission to Movies for Grownups Film Festival films is included in the price of registration for the AARP [email protected]+ National Event and Expo. This screening is open to the media but reviews must be embargoed until May 16, 2014.

Other world famous athletes in attendance will include AARP Life Ambassador and NFL Hall of Fame quarterback Dan Marino, who, along with James âJBâ Brown will help kick off AARPâs three days of volunteer activities in and around Boston on Thursday, May 8.

As one of the world’s largest member organizations with nearly 38 million members, and the leading organization for people 50+, AARP will host its bi-annual [email protected]+ National Event & Expo in Boston, Massachusetts, at the Boston Convention & Exhibition Center at 415 Summer Street in Boston from Thursday, May 8 to Saturday, May 10, 2014. This national event for AARP members and their families will give the community access to some of todayâs most renowned celebrities including sports, lifestyle, health, travel and financial experts. Attendees will discover new possibilities for their lives through community service activities, innovative exhibits, seminars and an exciting line-up of entertainment to be announced.

Other world famous athletes in attendance will include AARP Life Ambassador and NFL Hall of Fame quarterback Dan Marino, who, along with James âJBâ Brown will help kick off AARPâs three days of volunteer activities in and around Boston on Thursday, May 8

Admission to [email protected]+ for AARP members is $25, $35 for non-members. The entry fee includes access to the Exhibit Floor, the opening show, and workshops/sessions for all three days. Non-Member registration includes a 1 year membership to AARP. Online registration is open now at www.aarp.org/events or by phone at 1-800-650-6839.

AARP is a nonprofit, nonpartisan organization, with a membership of nearly 38 million, that helps people turn their goals and dreams into real possibilities, strengthens communities and fights for the issues that matter most to families such as healthcare, employment and income security, retirement planning, affordable utilities and protection from financial abuse. We advocate for individuals in the marketplace by selecting products and services of high quality and value to carry the AARP name as well as help our members obtain discounts on a wide range of products, travel, and services. A trusted source for lifestyle tips, news and educational information, AARP produces AARP The Magazine, the world’s largest circulation magazine; AARP Bulletin; www.aarp.org; AARP TV & Radio; AARP Books; and AARP en EspaÃ±ol, a Spanish-language website addressing the interests and needs of Hispanics. AARP does not endorse candidates for public office or make contributions to political campaigns or candidates. The AARP Foundation is an affiliated charity that provides security, protection, and empowerment to older persons in need with support from thousands of volunteers, donors, and sponsors. AARP has staffed offices in all 50 states, the District of Columbia, Puerto Rico, and the U.S. Virgin Islands. Learn more at www.aarp.org.