The gray-wave continues to flow through the workforce

New research from the Employee benefit Research Institute identifies the considerable influence of the Baby Boom generation on the overall population of workers. 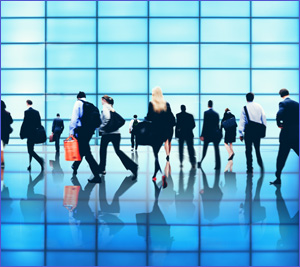 WASHINGTON â New research from the Employee Benefit Research Institute (EBRI) shows that the baby-boom generation has created a wave of sorts moving through the American labor force for the last four decades. As boomers have entered each age demographic, that group has become the largest component of the population and of the labor force. Now, as the last of the Baby Boomers enter their mid 50s, and as they are living longer than prior generations, their impact on the age of the American population and labor force is unmistakable.

âWhile the portion of the total labor force ages 55 or older continued to increase since 2007, the uptick has been primarily attributable to the continued aging of the baby boom generation into these ages, and not to an increasing percentage of older workers remaining in the labor force.,â said Craig Copeland, author of the new report, âLabor Force Participation Rates by Age and Gender and the Age and Gender Composition of the U.S. Civilian Labor Force and Adult Population,â available here.

Copeland notes that the next large wave of workers, millennials, have not yet all reached working age, but as they do, and as Baby Boomers continue to remain in the labor force, employers and plan sponsors will face interesting challenges created by a large older population, a large younger population and comparatively fewer workers in between.

Excerpts from the EBRI Aging Report

The key findings relating to age and the labor force:

The age distribution of the ages 16 or older population and labor force over the 1991-2017 period:

While the portion of the total labor force ages 55 or older continued to increase since 2007, the uptick has
been primarily attributable to the continued aging of the baby boom generation into these ages, and not to an
increasing percentage of older workers remaining in the labor force. Before 2007, the increasing share of
workers ages 55 or older was due, both to increases in the labor force participation rates for these ages and to
the large baby boom generation beginning to reach these ages.

From the employer perspective, the increase in the share of individuals ages 55 or older in the population and
in the labor force means that employers have been, and will continue to be, challenged to provide benefits that
meet the needs of these older workers, while still meeting the needs of younger workers who are starting to
grow as a share of the labor force.

The key findings relating to gender:

The male LFP rate declined from 1991-2017, while the female LFP rate increased through 1999, then held
nearly steady until 2008 before falling.

For those ages 16 or older, the gender distribution of the population and the labor force shifted in opposite
directions over the 1975-2017 period:

Implications for the future:

The upward trend in labor force participation by older workers during the 1990s and into the 2000s has commonly beenÂ perceived as being a result of the need for either continued access to employment-based health insurance; forÂ  moreÂ years of earnings to accumulate savings in defined contribution (401(k)-type) plans; or for making ends meet due toÂ not having had access to other means of support in retirement outside of Social Security. However, financial incentivesÂ have not been the only drivers of this higher percentage of older workers participating in the labor force. Many olderÂ Americans have had an increased desire to work longer, particularly among those with higher educational levels forÂ whom more jobs are available that are meaningful and can be performed well into older ages (less physicallyÂ demanding occupations).

The labor force participation rate increase among those ages 55 or older from the late 1980s through the late 2000sÂ coincided with a higher incidence of more highly educated people reaching these ages. The share of workers ages 55 orÂ older with bachelorâs and/or graduate degrees increased from 1987 through 2012 (19.4 percent in 1987 to 36.0 percentÂ in 2008 to 36.7 percent in 2012).8 However, the increase in the percentage of workers who are college graduatesÂ reaching this age cohort has leveled off at the same time as the labor force participation rate leveled off (36.6 percentÂ in 2014). Yet, in 2015 and 2016, there was an uptick in college graduates reaching 37.6 percent in 2015 and 38.1 percent in 2016, potentially portending another increase in the labor force participation rate of those ages 55 or olderÂ after 2017.

Furthermore, some younger age cohorts are increasing in size at the same time as older Americans continue to work.Â Consequently, employersâparticularly those in the private sectorâwill be faced with tough challenges on how toÂ  manageÂ their workforce and provide employee benefits to serve the needs of the many workers that are close to retirement ageÂ and the growing share of workers just starting out, while also retaining the experience of workers in the middle.