Ageism in the Workplace Remains Rampant

An In-Depth Investigation Reveals that Illegal Discrimination Against Older Workers Is Widespread and Tolerated, Thanks in Large Part to Weak Laws and Unsupportive Courts 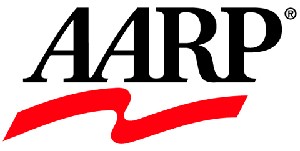 WASHINGTON, Dec. 30, 2019 /PRNewswire/ — If you are over 50 and haven’t felt the sting of ageism yet, you soon will, according to experts and surveys. Ageism in the workplace is the last acceptable bias in America, and signs of illegal age discrimination are widespread, according to an expanded special report in this month’s AARP Bulletin. The report notes ageism in three primary categories:

FIRING: Older workers can be targeted for layoffs or termination due to often-false perceptions about their pay levels and contributions.

The investigation also shows that some large companies might have few concerns over their age-discriminatory practices because the laws that are supposed to protect workers from ageism are decidedly weaker than laws protecting against other forms of bias. Find out how to spot ageism, both in and out of the workplace, and what you can do to combat it.

Separately, AARP Bulletin kicks off its ongoing coverage of the 2020 election with a look at the powerful impact older voters will have on the election, plus other trends that will shape campaigns over the next 11 months. For example, experts predict that, for the first time in U.S. history, dollars spent on social media campaigns will exceed those spent on broadcast television. Experts also predict that political parties and candidates’ personal attributes will far outweigh the role of specific issues in driving voters’ choices.

Other stories in the January/February issue include:

Your Health
Is Your Blood Pressure Being Treated Right?: A mega-study that followed nearly 5 million participants has come to a stunning conclusion: That one of the most popular treatments for hypertension â a class of drugs called ACE inhibitors â might not be the optimal choice. The study suggests that a class of diuretics might result in better outcomes. However, some purport that the data does not account for certain key variables. Read more details about the study and how it could affect millions of adults over 65 who have high blood pressure.
Your Money

3 Do’s and a Don’t for 2020: Welcome to Linda Stern, a veteran personal finance columnist and reporter, who replaces the just-retired Jane Bryant Quinn as AARP’s new “Financially Speaking” columnist. In her inaugural column, Linda notes that election years generally have a positive impact on the markets, but finance experts also expect a recession â perhaps before the end of the year. How should you manage your investments and retirement dollars in the face of such uncertainty? Read up on how the election might impact your personal finances.
Your Life

75 Years After Auschwitz: Michael Bornstein was one of just 52 children under age 8 who survived the Nazi death camp in Auschwitz. On the 50th anniversary of the camp’s liberation, Bornstein, now 79, recounts his memories from the camp and the events that transpired after he was freed, including his move to America. He says, “I cannot think of a better country to live in. Still, I wasn’t always safe here.” Learn about his escape from Auschwitz and how he made America his home in this month’s issue.
Your AARP

Fueling America’s Economic Engine: The impact of the 50-plus population on the U.S. economy is huge and growing rapidly, reveals the “Longevity Economy Outlook,” a major new AARP report. In her monthly column, AARP CEO Jo Ann Jenkins details the highlights: that older Americans support millions of jobs with their combined economic activity; generate billions of dollars of value in unpaid contributions like volunteering and family caregiving; and influence trillions of dollars of economic activity. Jenkins calls on businesses, policymakers and other leaders to pay greater attention to the 50-plus in their marketing and political strategies in this month’s “Where We Stand.”
More information can be found at: http://www.aarp.org/bulletin/

About AARP
AARP is the nation’s largest nonprofit, nonpartisan organization dedicated to empowering people 50 and older to choose how they live as they age. With a nationwide presence and nearly 38 million members, AARP strengthens communities and advocates for what matters most to families: health security, financial stability and personal fulfillment. AARP also produces the nation’s largest circulation publications: AARP The Magazine and AARP Bulletin. To learn more, visit www.aarp.org or follow @AARP and @AARPadvocates on social media.