The Job We Do

The modern firm is evolvingâ¦ investors must evolve with it 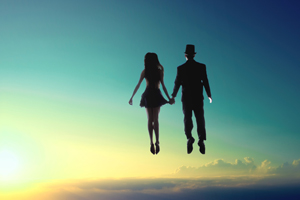 Mr. Klausner is a Director in the Thematic Research group at PGIM, the investment management business of Prudential Financial, Inc. He is responsible for researching and authoring PGIMâs megatrend thought leadership series. Visit www.pgim.com

The individual company is an integral part of the global economy. But unlike the âinvisible handâ and âanimal spiritsâ that define modern economics, companies are in constant flux. Ever since humans moved beyond simple barter and began to experiment with more complex business transactions, the firm has been evolving. From the mercantilist East India Trading Company of colonial times, to the monopolist Standard Oil in the early 1900s, to the financial industrial conglomerate General Electric of the late 20th century, firms have taken on different shapes and forms. Today, we are at another inflection point – we are now witnessing the next stage of the evolution of the firm. A range of disruptive forces has led to the emergence of innovative business models that are creating new opportunities for investors and radically changing their investment calculus and portfolio allocations across all asset classes.

Offices and factories teeming with machines, equipment and workers have symbolized the corporation for decades. Increasingly, though, firms no longer rely on things you can feel and touch. Rather, they are shifting to a âcapital-lightâ model centered on intangible assets like software, proprietary data, and innovative design. Indeed, intangible assets now account for 85% of the market value of the S&P 500, compared to just 15% back in 1975. And this weightless trend is not just for internet firms. Take, for example, the ubiquitous smartphone; while the phone itself is a physical, manufactured product, the cost of materials and labor only make up about 25% of a smartphoneâs value. More than half of its value comes from intangible assets â design, branding, software licensing, marketing and other intellectual property.

This shift to intangibles means that firms can do more with less labor. Perhaps the most striking example of this transformation is the dichotomy between Detroit and Silicon Valley. Back in 1990, when automobile production was a large driver of the U.S. economy, the Big Three automakers had annual revenues of $250 billion and employed 1.2 million workers. Fast forward to today, an era dominated by intangible firms, and the top three tech firms have more than twice the annual revenues but employ fewer than one-third the number of workers. As the economy continues to move towards the âgigâ model â where firms look to contractors rather than full-time employees â this trend of the vanishing traditional employee will only continue.

Finally, weightless firms own less real estate. Intuitively, firms that rely on intangible assets will be more efficient with their space. After all, a firm that operates using only computers or intellectual capital needs less space per worker than a firm that uses heavy machinery and equipment. There is another key reason as well: the rise of flexible office space. The shift to remote work arrangements, alongside changing employee preferences, has led to the rapid expansion of flexible, co-working office space. While it makes up less than 2% of total office stock, it has grown fourfold since 2015. More importantly, flexible office space has impacted the broader office market, as tenants are increasingly demanding shorter leases, more luxurious amenities and more shared workspace.

So, what does this all mean for investors? Most tangibly (pun intended), credit rating agencies value physical assets and view them as collateral for lenders. By their nature, weightless firms are lacking in this regard, and credit ratings agencies punish them for it. Firms that depend upon the intellectual capital of researchers have little collateral for lenders in case of bankruptcy. But traditional credit models overlook that these weightless firms have stickier businesses and clients, and generate stable and predictable cash flows. For example, software companies tend to have captive customers. Think about how much time and money it takes companies to switch, or even upgrade, their administrative software systems. Furthermore, weightless firms tend to have a higher share of variable costs, meaning they can easily scale back costs when needed. Credit rating agencies misunderstand weightless firms, presenting opportunities for savvy credit investors.

The intangible capital that defines the weightless firm has also contributed to the rise of superstar firms. By this, we mean firms that dominate their market in an increasingly winner-takes-all economy. Most often, these firms use network effects and economies of scale to amplify an advantage in design, usability or productivity to cement their position on top. In short, superstar firms are more adept at deploying technology than their peers.

Most readers will think of firms such as Alphabet, Microsoft and Facebook. Rightly so. But this growing trend towards winner-takes-all markets extends far beyond the formal tech sector. There is evidence that industry concentration has been rising across almost every major sector in the U.S., extending even into relatively heavy industries such as manufacturing and transportation. As an example, most Americans live within a 20-minute drive of a CVS Pharmacy. This is not by chance. CVS has used both acquisitions and vertical mergers to control the way in which Americans access pharmaceutical products, even developing a Digital Innovation Lab in Boston to develop proprietary, cutting-edge technology. As a result of these efforts, CVS has doubled its share of retail prescriptions filled in the U.S. from 17% in 2012 to almost 35% today.

Most readers will think of firms such as Alphabet, Microsoft and Facebook. Rightly so. But this growing trend towards winner-takes-all markets extends far beyond the formal tech sector. There is evidence that industry concentration has been rising across almost every major sector in the U.S., extending even into relatively heavy industries such as manufacturing and transportation...

Counterintuitively, while superstar firms exist all around the world, they only tend to dominate national or regional markets. Amazon, for example, dominates e-commerce in the U.S., but not really elsewhere. It is ceding market share to Alibaba in China and Rakuten in Japan. Additionally, superstar firms in emerging markets compete with, and often displace, developed-market incumbents. While Uber is a major player in the U.S., it has surrendered China to Didi Chuxing and lags Ola in India.

For investors, the rise of superstar firms has significant implications. First, investors should broaden their scope when looking for the next superstar firm, paying particular attention to national leaders in the emerging markets. Not only will this allow investors to capture strong upside growth, but it will also help them diversify their portfolios at a time when there are fewer and fewer publicly listed firms in the U.S. and Europe. In fact, the number of listed firms in the U.S. has declined by 50% since the late 1990s, while the number of listed firms in emerging markets has remained steady.

Importantly, investors must also be mindful of the regulatory risks involved with superstar firms. Increasingly, politicians and antitrust regulators are examining the sharp-elbowed tactics of tech platforms, for example, and reassessing the potential negative impacts from these superstar firms. Data privacy, freedom of speech and monopolistic bundling of technology services are just some of the concerns governments have begun to examine in the U.S. and the European Union. As investors look to capture the opportunities from superstar firms, they should also monitor the growing regulatory scrutiny around the world.

Whether proactively embraced by âenlightenedâ business leaders â or pushed in by customers, employees, regulators, and investors â companies today have no choice but to balance maximizing near-term profits with broader social and community goals. This is a far cry from the Milton Friedman orthodoxy of the 1990s and 2000s that prioritized shareholder value above all else. Indeed, according to a new PGIM proprietary survey of more than 300 business executives, over 40% of firms across the U.S., Germany and China have already made this shift â a remarkably high number considering just how widely accepted the doctrine of shareholder primacy was not so long ago.

Whether motivated by virtue or by increasing pressure from stakeholders, firms are beginning to take action on environmental, social and governance (ESG) issues. Fortune Global 500 firms now spend $20 billion per year on corporate social responsibility, for example, three times as much as the combined development and humanitarian aid spending of the United Nations and its agencies.

Additionally, some firms are even embedding social responsibility directly into their business models. In Northern Europe, industrial foundations â defined as firms that are partly or fully owned by charitable or private foundations â have become increasingly common over the last two decades. They include prominent companies such as Heineken, Ikea and Carlsberg. While still pursuing profit, this model enshrines social purpose into the companyâs management by ceding some control to a charity or foundation and using the financial returns to fund social goals. In the U.S., a new legal structure called the Benefit Corporation is emerging to increase accountability and embed social purpose directly into governance structures. Brands like Patagonia and the U.S. business of Dannon are perhaps the best examples. These kinds of corporate structures place a legal obligation on corporate boards to consider ESG factors in addition to the financial interests of shareholders.

Even ESG skeptics need to be aware of material factors

It is becoming more critical for investors to incorporate ESG strategies into investment decisions â whether they embrace ESG virtues or not. There is an increasing body of research suggesting at least some ESG metrics matter materially for investment returns and downside risk protection. Think of a utility company that invests in smart grids and energy-efficient technologies. That company will be better positioned than its peers to navigate the transition to a low-carbon regulatory environment. Aside from boosting the firmâs ESG score, it should also be viewed as a material factor that will enhance its performance relative to competitors. Any ESG metric that adds to investment performance and is not priced into a security can provide an opportunity.

The companies in investorsâ portfolios today look decidedly different than they did just a decade ago. The growing importance of intangible assets and flexibility, the rise of national superstars and the shifting expectations around a firmâs role in society have led to dramatic changes in the way firms think and operate. These changes will have profound implications for how investors build and protect their portfolios. Investors must be nimble enough to capture the benefits while navigating the risks of the 21st century firm.

Â© 2019 Prudential Financial, Inc. and its related entities. PGIM, Inc., is the principal asset management business of Prudential Financial Inc., and is a registered investment advisor with the US Securities and Exchange Commission. PGIM is a trading name of PGIM, Inc and its global subsidiaries.