Every component of the Economic Optimism, Presidential Leadership and National Outlook indexes declined as financial stress ticked back up 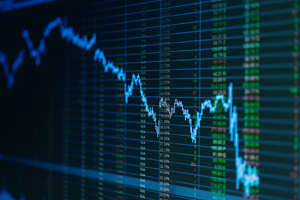 LOS ANGELES–(BUSINESS WIRE)–The IBD/TIPP Economic Optimism Index, a leading national poll on consumer confidence, fell from 44.7 in September to 41.6 in Octoberâ a change of 6.9%. This kept the index in negative territory for the 14th consecutive month. A reading above 50.0 signals optimism and below 50.0 indicates pessimism on IBD/TIPP indexes.

The National Outlook Index slipped in October as well. Its reading of 41.4 fell 6.8% from Septemberâs 44.4. Although every component of the index declined this month, it still maintained the second-highest overall reading over the last six months, behind Septemberâs surge. In terms of specific components, Morals & Ethics dropped the most, moving from 37.1 in September to 34.0 in Octoberâ an 8.4% declineâ while the Quality of Life component dipped back into negative territory this month at 47.6 after spending September at a positive 51.8.

Financial Related Stress increased by 2.8% in October, moving from 67.6 in Septemberâ its lowest reading since March 2022â to 69.5. A reading over 50.0 on this index equals more financial stress while a reading below 50.0 indicates consumers feel less stress. The index was last below 50.0 in February 2020 (48.1).

âThe optimism we saw rising last month wasnât fully erased in October, but it did take quite a hit,â said Ed Carson, IBD’s news editor. âAny time every component on every index declines, it draws attention, but the dips this month were smaller than last monthâs significant gains. Rather than extending Septemberâs optimism, consumers seem to be acknowledging âWeâre not out of the woods yet.â Theyâre ruminating about the effects of economic instability on their lives and how such instability may persist. This is reflected in the more negative sentiment.â

âMore than half (51%) of Americans view the economy as the top political issue, with 75% of families worried about maintaining their standard of living. Inflation remains a heavy concern for 90% of Americans while 87% are troubled by the possibility of a recession (61% believe we are already there),â said Raghavan Mayur, president of TechnoMetrica, who directed the poll. âThe alarm bells are sounding in Washington. Economic policy should stay in the forefront, with voters paying close attention to what steps areâ and are notâ being taken to protect American pocketbooks, particularly in the wake of OPECâs announcement that it will cut oil production, which is likely to cause gas prices to rise even higher.â

Any time every component on every index declines, it draws attention, but the dips this month were smaller than last monthâs significant gains...

This month, six of 21 demographic groupsâ such as age, income, race and party preference â that IBD/TIPP tracks were above 50.0, in positive territory, on the Economic Optimism Index. Thatâs the same as in September, vs. just one in August, three in July, one in June, four in May and seven in April. Just five groups rose in October vs. all 21 in September, 11 in August, 10 in July, three in June, one in May and 20 in April.

For the Six-Month Economic Outlook component, just one of the 21 groups that IBD/TIPP tracks scored in optimistic territory vs. three in September, none in June to August, just one in May and three in April. Optimism over the economyâs six-month outlook rose for five groups vs. all 21 in September, 10 in August, 16 in July, five in June, zero in May and 20 in April.

For the Personal Financial component, nine groups IBD/TIPP tracks were in optimistic territory vs. 13 in September, seven in August and July, six in June, nine in May and 14 in April. Just three groups rose vs. all 21 in September, 11 in August, nine in July, two in June, six in May and 19 in April.

For the Federal Policies component, five of the 21 demographic groups tracked were above 50.0 vs. four in September, one in August, two in July, one in June, four in May and six in April. Nine groups rose in October vs. all 21 in September, five in July, four in June, one in May and 18 in April.