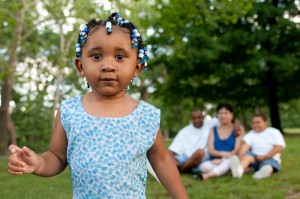 âThe study shows increasing economic power and an emerging middle class within the community,â said Charles Lowrey, Prudentialâs chief operating officer, U.S. Businesses. âApproximately 4 in 10 households surveyed have annual incomes of at least $75,000, and nearly a quarter earn $100,000 or more. Half of African Americans surveyed said they feel better off financially than a year ago, while only 19 percent say they feel worse.â

The study also brings to light distinctive characteristics of the African American community that influence financial priorities and corresponding behaviors. According to the findings, the African American financial experience is largely defined by family-oriented priorities and goals, including greater ownership of protection-oriented financial products, greater reliance on faith-based organizations as a source of financial education, financial decisions driven by women and earlier retirement.

The study also finds African Americans remain significantly more confident and optimistic about their financial future than the general population. While the general populationâs financial confidence is driven largely by level of asset accumulation and macroeconomic factors, African Americansâ financial confidence is shaped by a broader and balanced array of factors, including life insurance protection, level of debt and expenses, and health care costs.

The study also points out that African Americans are more likely to live in multi-generational and female-headed households, and to be financially responsible for supporting other family members. Of those surveyed, 57 percent provide financial support to another family member. Reflecting the impact of todayâs economic condition on African Americans, the survey further revealed that many African Americans are providing financial support to unemployed friends and family â nearly double the rate among the general population.

Nearly half of African Americans say they have a 401(k) or other workplace retirement plan, and 8 in 10 of those currently eligible are contributing. However, African Americansâ balances within employer plans are less than half those of the general populationâs, in part due to the impact of loans and withdrawals. And 3 in 10 have taken loans from their plan, citing the need to repay other debt.

The Prudential Insurance Company of America, Newark, NJ.
Prudential Financial, Inc. (NYSE: PRU), a financial services leader with approximately $1.06 trillion of assets under management as of March 31, 2013, has operations in the United States, Asia, Europe, and Latin America. Prudentialâs diverse and talented employees are committed to helping individual and institutional customers grow and protect their wealth through a variety of products and services, including life insurance, annuities, retirement-related services, mutual funds and investment management. In the U.S., Prudentialâs iconic Rock symbol has stood for strength, stability, expertise and innovation for more than a century. For more information, please visitÂ http://www.news.prudential.com/