Study shows that many are likely to be behind in retirement savings,Â struggle with finances more than other middle-income earners 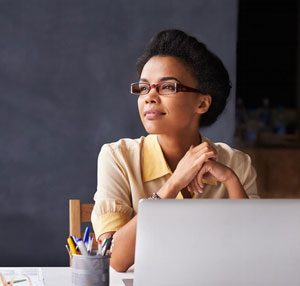 SPRINGFIELD, Mass., Oct. 25, 2017 â African Americans, more likely to face greater financial difficulties than other middle-income Americans, including saving for retirement, would welcome more financial education and guidance through their employers, according to a study by Massachusetts Mutual Life Insurance Co. (MassMutual).

African Americans are more likely to say they are behind in saving for retirement and 41 percent of the survey respondents expressed concerns about making ends meet. Respondents indicated a greater proclivity to making withdrawals or loans from their 401(k) or other employer-sponsored retirement plan compared to the general population (24 percent vs. 14 percent, respectively). However, they are also more open to education from their employer about saving for retirement, setting financial priorities and learning about other financial products that can enhance their financial security.

the top financial issues facing African Americans were debt, lack of income and the cost of living, all higher than the general population

Many middle-income African Americans have low levels of savings, with three in 10 reporting less than $500 in emergency savings compared to two in 10 respondents in the general population. Most African Americans feel they could manage a sudden expense of $500 but those who could not are more likely to use a payday loan than others, the study finds. More than half (55 percent) say an unexpected expense of $5,000 would cause significant discomfort or they wouldnât be able to get by. Forty-five percent of general population respondents say the same.

Middle-income African Americans are more likely to report negative repercussions stemming from financial issues, including their ability to eat healthy (42 percent), pay for a childâs education (25 percent) and impact their marriage or romantic relationship (33 percent).

While African Americans are less likely to say they lack the knowledge or wherewithal to manage their money, there is a high level of interest in receiving more education and information about financial planning and money management. In addition, African Americans are slightly more likely than others to agree that financial services companies want to help households like theirs. However, significantly fewer work with some type of financial professional compared to those in the general population (29 percent vs. 38 percent, respectively); half (48 percent) say they are unsure where to go for financial advice.