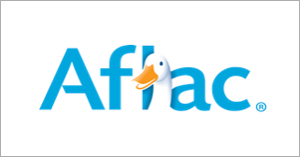 The acquisition is consistent with Aflac Incorporated’s strategy of buy-to-build, which deploys capital into growth initiatives while limiting the capital at risk. Funding of the transaction, along with required capital in support of assumed businesses, came from internal capital. The total consideration is less than $200 million, including capital in support of the business. Aflac expects modest run-rate dilution over the near-term as it continues to build the business to scale.

“We are excited as we welcome new team members to the Aflac family and enhance our value proposition to agents, brokers and employers,” said Teresa L. White, president of Aflac U.S. “This strategic buy-to-build transaction aligns with our vision of being the number one distributor of benefit solutions supporting the U.S. workforce. We believe this acquisition will also enhance cross-selling opportunities and improve both persistency and account penetration with our core supplemental business.â

Richard L. Williams, Jr., executive vice president and chief distribution officer of Aflac U.S., added, “This further enhances Aflac’s value proposition to be on the front page of benefits enrollment leveraging the power of Aflac’s brand and broad distribution of associates and broker partners. With our national expansion into network dental and vision in 2021 and now true group benefits, Aflac continues to deepen the relationships with employers and policyholders.”

About Aflac Incorporated
Aflac Incorporated (NYSE: AFL) is a Fortune 500 company, helping provide protection to more than 50 million people through its subsidiaries in Japan and the U.S., where it is a leading supplemental insurer by paying cash fast when policyholders get sick or injured. For more than six decades, insurance policies of Aflac Incorporated’s subsidiaries have given policyholders the opportunity to focus on recovery, not financial stress. Aflac Life Insurance Japan is the leading provider of medical and cancer insurance in Japan, where it insures 1 in 4 households. Fortune magazine recognized Aflac as one of the 100 Best Companies to Work for in America for 20 consecutive years. For 14 consecutive years, Aflac has been recognized by Ethisphere as one of the World’s Most Ethical Companies. In 2020, Fortune included Aflac Incorporated on its list of World’s Most Admired Companies for the 19th time, and Bloomberg added Aflac Incorporated to its Gender-Equality Index, which tracks the financial performance of public companies committed to supporting gender equality through policy development, representation and transparency. To learn how to get help with expenses health insurance doesn’t cover, get to know us at aflac.com.