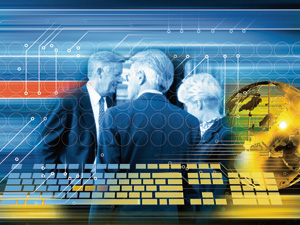 Chicago, IL December 17, 2015 â A new Spectrem Group study reveals that loyalty among affluent investors to their financial institutions and financial advisors is ranked second only to physicians and dentists.

Unfortunately, that loyalty doesnât appear to translate into client referrals. The report, Client Loyalty Among Affluent Investors, is based on research conducted with more than 3,000 affluent investors with household net worth ranging from $100,000 to $25 million.

When asked to rate their overall level of loyalty, affluent investors rated themselves quite high âat an 83.26 on a 100-point scale. However, when asked how often they refer others to their financial institution, only 9 percent of affluent investors answered âvery oftenâ. In fact, 30 percent indicated they never refer others to their financial institution.

The study also reveals that investors place the highest value on an advisorâs service quality in evaluating their relationship, ranking it higher than price and account features. In fact, the No. 1 reason that clients will switch their financial providers is due to lack of proactivity, which is directly related to the quality of service they receive.

The study also indicates that as their wealth grows, investorsâ loyalty to their financial advisors increases. Ultra-High Net Worth investors (those with assets ranging from $5 million to $25 million) indicate the highest level of loyalty. This is most likely due to the increased amount of time financial advisors will spend with those of increased wealth, due to an increased number of services wealthier investors require.

Four-in-ten affluent investors consider themselves to be more loyal to their advisor rather than the company or provider itself, although more than half indicate they would stay with the firm if their advisor were to leave for another company.

“Investors are telling us service quality is the foundation of client loyalty,â said George Walper, Jr., President of Spectrem Group. âAnd loyalty based on building a strong relationship is the key to convincing clients to make referrals, which are an important way to generate new business.â

Additional information is available at Spectrem.com

Where Does Investor Loyalty Lie

About Spectrem Group
Spectrem Group ( www.spectrem.com) strategically analyzes its ongoing primary research with investors to assist financial providers and advisors in understanding the Voice of the Investor.