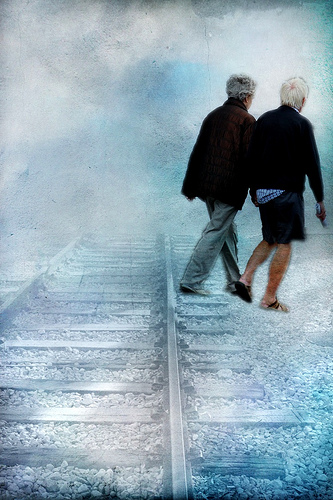 December 04, 2014- COLUMBUS, Ohio–(BUSINESS WIRE)–More than 62 percent of pre-retirees1 now say they are âterrifiedâ of what health care costs may do to their retirement plans, according to an annual Nationwide Retirement Institute survey released today. The survey reveals concern about out-of-control health care costs and the Affordable Care Act (ACA) increasing those costs.

According to the online survey conducted from Oct. 6 â 14, 2014, by Harris Poll of 801 Americans age 50 or older with at least $150,000 in household income (âaffluent boomersâ), 72 percent say one of their top fears in retirement is their health care costs going out of control. More than half (55 percent) believe the ACA will increase those costs and more than one-quarter of employed affluent boomers (26 percent) now believe they will never retire.

âEven Americaâs affluent workers donât know how they will fund their health care costs in retirement and they donât expect ObamaCare will help them,â said John Carter, president of Nationwideâs retirement plans business, which provides defined contribution and defined benefit plans to more than two million participants, representing nearly $100 billion in assets under management. âThe attention the ACA has received in the past year has increased awareness of health care costs in retirement. We think thatâs a step in the right direction, and what Americans need now is a plan to adequately prepare for those costs. It is possible. However instead of making a plan, too often the âplanâ is to just continue working.â

The attention the ACA has received in the past year has increased the percent of pre-retirees who feel very confident to confident that they know their personal benefits and consequences of the ACA (32 percent vs. 24 percent). Yet, pre-retirees are also more likely than last year to say they expect their biggest expense in retirement to be the cost of health care (51 percent vs. 43 percent).

Many Americans like aspects of the ACA, such as guaranteed coverage and access to multiple insurers. However, most affluent boomers (64 percent) believe the ACA will be a significant drain on the U.S. economy and will do more harm than good to their employer (63 percent). More than two in five affluent boomers (45 percent) say they would delay their retirement if they had to buy their own health insurance. Over one-quarter of parents (27 percent) say they would delay their retirement in order to keep their children on their employer-based health insurance plan.

Over three in five affluent pre-retirees (61 percent) wish they understood Medicare coverage better, and 73 percent of those who discussed their retirement plans with a financial advisor say it is important or very important their financial advisor discusses health care costs during retirement with them when planning for retirement. Nearly two-thirds of affluent pre-retirees enrolled in Medicare did not know that Medicare does not cover long-term care costs.

...instead of making a plan, too often the âplanâ is to just continue working

To help simplify this complicated issue and encourage these discussions, Nationwideâs Personalized Health Care Assessment uses proprietary health risk analysis and up-to-date actuarial cost data such as personal health and lifestyle information, health care costs, and medical coverage to provide a meaningful, personalized cost estimate that will help clients plan for medical expenses. For those under 65, it bases its calculations on the average cost of a Silver Plan in the Affordable Care Act exchanges in their state.

âItâs much easier for advisors to have these difficult conversations when they can use a tool to provide a fact-based cost estimate based on their clientsâ health risk and lifestyle,â said Kevin McGarry, director of the Nationwide Retirement Institute. âThey now can break down and simplify a complex topic to take clients from terrified to confident.â

Methodology
This survey was conducted online within the United States by Harris Poll on behalf of the Nationwide Retirement Institute between Oct. 6â14, 2014, among 801 U.S. adults ages 50 and up who report having an annual household income of $150,000 or more (âaffluent boomersâ). This online survey is not based on a probability sample and therefore no estimate of theoretical sampling error can be calculated. Complete survey methodology, including weighting variables and subgroup sample sizes, is available at gillesc1@nationwide.com.

About Nationwide
Nationwide, a Fortune 100 company based in Columbus, Ohio, is one of the largest and strongest diversified insurance and financial services organizations in the U.S. and is rated A+ by both A.M. Best and Standard & Poorâs. The company provides a full range of insurance and financial services, including auto, commercial, homeowners and life insurance; public and private sector retirement plans, annuities and mutual funds; banking and mortgages; specialty health; pet, motorcycle, boat and farm insurance. For more information, visit www.nationwide.com.

The information on the Personalized Health Care Cost Assessment will be kept confidential and used to provide an estimate of a clientâs potential health care costs in retirement. The estimate is based on a clientâs specific situation and goals, as well as their current overall health condition. The clientâs financial situation and health condition may change over time and this may affect their future changes. Please keep in mind that these estimates resulting from this fact finder are for hypothetical purposes and are not guaranteed.

Nationwide Investment Services Corporation (NISC), member FINRA. The Nationwide Retirement Institute is a division of NISC. Nationwide, Nationwide is on your side, Join the Nation and the Nationwide N and Eagle are service marks of Nationwide Mutual Insurance Company.

1 Pre-retirees are defined as adults ages 50 or older with at least $150,000 in household income who are not currently retired, regardless of whether or not they are currently working.