Advisors: Catching Up With Success? 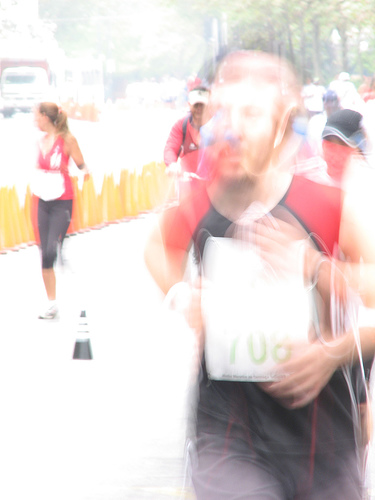 April 14, 2014- BOSTON–(BUSINESS WIRE)–Fidelity InvestmentsÂ® today released results of its 7th FidelityÂ® Advisor Insights study,1 which found that while financial advisors are seeing the highest assets under management and compensation levels since 2007, many advisors seem to be falling behind when it comes to positioning themselves for future success. The research also uncovered three key strategies of âHigh-Performing Advisors2ââ individual advisors with an above average percentage of their clientsâ investable assets, growing assets under management and high career satisfaction.3 By understanding how High-Performing Advisors seem to be excelling at planning, building a client portfolio for the future and differentiating their services, advisors may be able to position themselves and their firm for growth.

According to the study, 95 percent of advisors grew their books of business in the last 12 months, and with average assets under management at $62 million and average compensation at $240,000, advisors seem to be enjoying near-term success. However, the study found many advisors may be overlooking important steps to help ensure long-term growth:

âBusiness has been good for advisors, but itâs important they donât put off whatâs needed to ensure the future looks just as attractive,â said Brian Nelson, vice president of practice management, National FinancialÂ®, a division of Fidelity Investments. âThere are steps advisors can take today to help position themselves well for tomorrow and ultimately contribute to a high-performing firm, one that is profitable, productive and growing.â

1. Get serious about planning â put pen to paper

In todayâs competitive environment for financial advisors, achieving meaningful gains in growth and efficiency typically requires a long-term vision and plan to get them there. According to the study, many advisors seem to be behind when it comes to planning: 66 percent of advisors did not have a multi-year plan in place, and more than one-third did not have a business plan at all.

Consideration for Financial Advisors: Given the link between planning and growth, advisors may want to consider placing an emphasis on developing formal plans that articulate their vision for the long-term and outline clearly defined initiatives to help them get there.

2. Build a client portfolio for the future

According to Pew Research, 10,000 Baby Boomers are turning 65 every day,4 moving into the asset draw-down phase of their lives and potentially preparing to pass down inheritances to their children. This presents a challenge for advisors overall, as the Fidelity study found 70 percent of their clients are Baby Boomers or older. Despite clear warning signs that the population is aging, 43 percent of advisors did not feel it is important to evolve their practice to meet the needs of a younger population.

Consideration for Financial Advisors: Changing market dynamics call for advisors to take a closer look at building their client portfolios for the future. Advisors may want to consider putting more energy into acquiring younger clients entering and living in their prime accumulation years and taking a close look at client profitability.

Business has been good for advisors, but itâs important they donât put off whatâs needed to ensure the future looks just as attractive

According to the study, many advisors are not embracing strategies that will set them apart and position them for long-term success. Two-thirds of all advisors said they stand out from the competition by being available to give clients personal attention, and almost half tout their years of experience. Only 21 percent of advisors saw teaming as a differentiator, and while 64 percent felt technology increases value to clients, only 35 percent were willing to spend money on it.

Consideration for Financial Advisors: Advisors may want to consider new strategies to ensure they are well positioned to stand out for the long-term. This might include creating teams to enhance client service levels, adopting technology to better engage with clients and building out capabilities to meet a broader set of investor needs.

Fidelity helps advisors plan for the future and long-term growth through insights, tools and resources on topics, such as strategic planning, technology, succession planning, teaming and marketing and business development, among others. To hear more on High-Performing Advisors and the steps they are taking to help ensure future success, view this video from Fidelityâs Brian Nelson. For more details on the study and to access Fidelityâs new report, Plan, Diversify and Differentiate: Three Strategies of High-Performing Advisors, visit go.fidelity.com/insightsonadvice.

About The 2013 Fidelity Advisor Insights Study
The 2013 FidelityÂ® Advisor Insights study, previously named Broker and Advisor Sentiment Index, is the 7th iteration of the study. This was an online, blind survey (Fidelity not identified) fielded during the period of August 8â21, 2013. Participants included 813 advisors from across multiple firm types who work primarily with individual investors and manage a minimum of $10 million in individual or household investable assets.

About Fidelity Investments
Fidelity Investments is one of the worldâs largest providers of financial services, with assets under administration of $4.7 trillion, including managed assets of $2.0 trillion, as of February 28, 2014. Founded in 1946, the firm is a leading provider of investment management, retirement planning, portfolio guidance, brokerage, benefits outsourcing and many other financial products and services to more than 20 million individuals and institutions, as well as through 5,000 financial intermediary firms. For more information about Fidelity Investments, visit www.fidelity.com.

The content provided herein is general in nature and is for informational purposes only. This information is not individualized and is not intended to serve as the primary or sole basis for your decisions as there may be other factors you should consider. Fidelity Investments does not provide advice of any kind. You should conduct your own due diligence and analysis based on you and your firmâs specific needs.

1Â TheÂ Fidelity Advisor InsightsÂ study was an online, blind survey (Fidelity not identified) fielded during the period of August 8â21, 2013. Participants included 813 advisors from across multiple firm types who work primarily with individual investors and manage a minimum of $10 million in individual or household investable assets. See page 4 for additional study details.