Actuaries Call for Administration to Focus on Aging 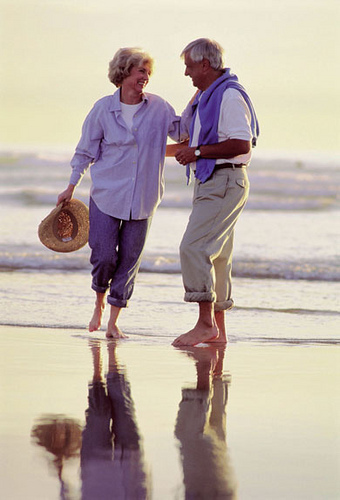 WASHINGTON – The American Academy of Actuaries is calling on the president and the 114th Congress to commit to a focus in the next two years on addressing the needs of an aging America.

A concerted national strategy on policies to support systems such as retirement security and lifetime income, health care and long-term care for the elderly, and public programs such as Social Security and Medicare, is long overdue. 2015 is a year of significant milestone anniversaries for several important programs in this area, including Social Security, which will turn 80, and Medicare, which will turn 50.

These programs arose out of the pressing needs of their time to forestall the circumstances that too often resulted in the elderly living in poverty or having no access to quality health care. Today’s needs in aging policy require no less of a commitment to action. [On the heels] of President Obama's  address to Congress and the American… the Academy (which celebrates its own 50th anniversary this year) would point out that the state of our union is inextricably linked to the demographic transition of proportionately greater numbers of Americans entering retirement, coupled with increased longevity, or life expectancies, that will compound the fiscal challenges to both private systems and public programs in the years to come.

The Aging of America

“The aging of America calls for a new shared commitment to raise awareness of the needs of the aging population and to seek creative solutions to address those needs, whether through new approaches, additional efforts to make existing approaches sustainable, or a combination of both,” said Academy President Mary D. Miller.

“The Academy, as the public policy and professionalism organization of the U.S. actuarial profession, commits to do its part to step up to this national challenge.” The average age of the U.S. population is rising, caused by a significant decline in birth rates beginning in the mid-1960s, and a long-term, continuous trend of life expectancy increases. According to one set of estimates and projections from the U.S. Census Bureau, the U.S. median age in 2015 will be 37.8, up from 28.1 in 1970, and will rise to 42 in 2045.

“While the Academy will continue to offer objective, actuarial analysis on many of the broader issues anticipated in President Obama’s address and the congressional responses to it—such as climate change, cybersecurity, and financial systems reforms—we believe more needs to be done to immediately address the challenges of aging, including an examination of major public programs and policies,” said Miller.

To address the needs created by an aging population, the administration and Congress should:

...the state of our union is inextricably linked to the demographic transition of proportionately greater numbers of Americans entering retirement

Learn more by clicking on the “Public Policy” tab at www.actuary.org.