An Actuarial Perspective on the 2018 Social Security Trustees Report

New research from the American Academy of Actuaries. Read the entire report here. 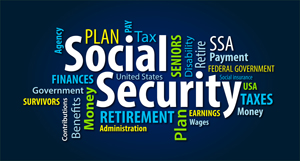 The American Academy of Actuaries’ has published its latest issue brief, An Actuarial Perspective on the 2018 Social Security Trustees Report, providing useful, accessible explanations of the takeaways and key technical definitions and conclusions in the 2018 Social Security Trustees Report. The Social Security Trustees Report is a detailed annualÂ assessment that serves as a basis for discussions of SocialÂ Securityâs financial problems and their solutions. Social
Securityâs chief actuary prepares and certifies the financialÂ projections for the Old-Age, Survivors, and Disability
Insurance program, under the direction of the SocialÂ Security Board of TrusteesBecause future events are inherently uncertain, theÂ report contains three 75-year financial projectionsÂ to illustrate a broad range of possible outcomes.

When trust fund reserves are depleted, tax incomeÂ will be sufficient to provide about 75% to 80% ofÂ the scheduled benefits. The Social Security TrusteesÂ Report quantifies the value of the benefit and/or taxÂ changes required to restore actuarial balance. AnyÂ changes would require congressional action. FailureÂ to act would likely cause a delay in some benefitÂ payouts, which, if not corrected by subsequentÂ congressional action, could result in benefitÂ reductions. However, it should be noted that thereÂ is no precedent and no legislative guidance for whatÂ would happen if reserves are fully depleted.

The report provides separate measures and tests forÂ solvency in the short range and in the long range. OurÂ discussion of the short-range estimate includes detailsÂ about the progression of the financial status from lastÂ year to this year. Our discussion of the long-rangeÂ estimate includes an analysis detailing the conclusionÂ that income will not be sufficient to pay for scheduledÂ benefits in the long run. The two periods (short-rangeÂ and long-range) are discussed separately below. The test of short-range financial adequacy for a trust fund is met if, based on the intermediate assumptions, (1) the estimated trust fund ratio is at least 100 percentÂ at the beginning of the period and remains at or above 100 percent throughout the 10-year short-range period or (2) the ratio is initially less than 100 percent, reachesÂ at least 100 percent within five years (without reserve depletion at any time during this period) and remains at or above 100 percent throughout the remainder of theÂ 10-year short-range period.

The combined Social Security trust fund reserves are projected to become depletedÂ during 2034, the same year as projected in last yearâs report. If changes to the program areÂ not implemented by that date, only 79 percent of scheduled benefits would be payableÂ after 2034, declining to 74 percent by 2092

Any excess of tax income over outgo is recorded as an asset reserve of the Social Security trust funds. These trust fund asset reserves are held in special U.S. Treasury securities that totaled $2.9 trillion at the end of 2017 and represent the governmentâs commitment to repay the borrowed funds whenever Social Security needs the money. For the first time since 1982, trust fund asset reserves are expected to decrease during the next year. Trust assets are projected to decrease by $1.7 billion during 2018 (total income including earnings on trust fund assets is projected to be less than benefit payments during 2018) and then are projected to continue to decline throughout the remainder of the short-range estimate period and beyond. Income and Cost Figure 1 above shows the excess/(deficit) of income over cost since 1975.

The excess of income over cost has created the current $2.9 trillion in trust fund asset reserves. Starting in 2018, the OASDI trust fund is projected to begin a decline until exhaustion. The current Social Security Trustees Report projects the OASDI trust fund to be depleted in 2034 under the intermediate assumptions. Long-Range Estimates, 2018â2092 Long-range estimates are based on a 75-year projection that covers the future lifetimes of nearly all current participants (those paying payroll taxes and those already retired) along with future expected participants in the program. The estimates show that, beginning in 2034, trust fund asset reserves are projected to be depleted and the system is expected to revert to a fully pay-as-you-go (PAYGO) system. This date is the same as shown in last yearâs report. After reserves are depleted in 2034, Social Security income will be sufficient to pay 79 percent of scheduled benefits initially. This ratio decreases to 74 percent by 2092.

The 2018 Annual Report of the Board of Trustees of the Federal Old-Age and Survivors InsuranceÂ (OASI) and Federal Disability Insurance (DI) Trust Funds highlights that: