How do you help develop and preserve wealth when income isnât growing? 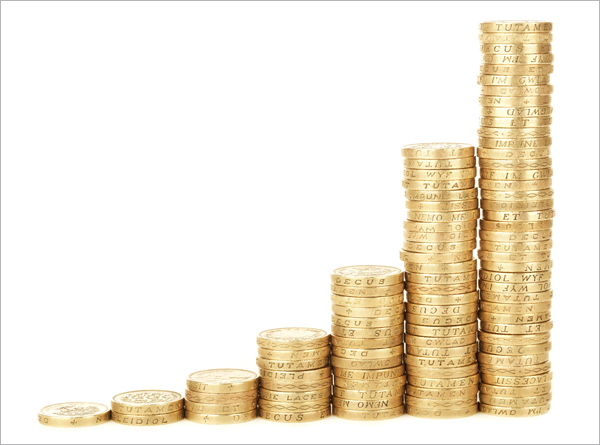 Mr. Daroff is affiliated with Baystate Financial Planning in Boston, Ma., and is a contributing editor to this magazine. Connect with him by e-mail: [email protected]

Think for a moment about Red Sox fans in the 20th century and in the 21st century. Quite a difference, right? Think about all of the championships for Bostonâs professional sports teams in the 21st century. Now, think about growing and preserving wealth for the so-called âgreatest generationâ who fought in World War II and Korea, compared with the âboomer generation.â My first paycheck for my first year out of law school was greater than my fatherâs last paycheck before he retired. I have been able to amass substantially more wealth than my father. Tax brackets for me have gone down as my income has gone up.

My childrenâs income right now is substantially lower than mine. This generation may likely not amass more wealth than their parents. There are certainly exceptions. But, for a generation today starting out with substantial education debts, growing wealth is that much harder. You donât start at zero. You start at minus 4, 5, or even 6-digit debt; negative net worth.

Planning Through The Generations

So, letâs look into the affected age groups…
Retirees
Retirees focus more or preserving wealth than creating wealth. Their wealth may even decline over time. Their goal is more about preserving cash flow; their standard of living. Yet, most want to provide some legacy for their descendants. Life Insurance certainly plays a role in achieving that goal. With life insurance, you can even spend down principal knowing that value will be restored for a surviving spouse and/or descendants.

Pre-Retirees
Pre-Retirees (letâs say, within 10 years or so of retirement) are hoping that these last 10-years will be their highest earning years. If they downsize their living expenses at the same time as they are earning more, they can add a great deal to their wealth in that sprint to the finish line. Provided, however, they donât suffer significant medical and custodial care bills for themselves and/or for their aging parents.

For the Pre-Retirees and Retirees, donât make the mistakes that so many are making. Fixed annuities guaranty a retirement income. Thatâs great. However, you are locking in todayâs low interest rates and guaranteeing a fixed income without taking into consideration inflation. Fixed retirement income means a reduction in standard of living for every year of retirement when we have any inflation. Fixed annuities can be used as a safety valve, to cover fixed expenses.

Mid-Career
Mid-Career folks may still be fighting the battle between funding their childrenâs education (current tuitions, room and board, etc., as well as helping pay down student loans) vs. contributing to their own retirement accounts. They want to create wealth and focus on how to preserve what they have created in turbulent markets.

Too many of these folks preserve wealth by taking it out of the equity markets. On the other hand, my variable annuities are still compounding at September 2018 values. That portion of my retirement income did not suffer the 4th quarter of 2018. Do you want to invest for safety? Or, are you willing to pay a fee for safety? Consider it fire insurance on at least a portion of your retirement income. You are creating your own private pension plan.

Mid-Career folks may still be fighting the battle between funding their childrenâs education (current tuitions, room and board, etc., as well as helping pay down student loans) vs. contributing to their own retirement accounts...

Also, life insurance cash value benefits from significantly higher interest (and dividends) than cash in the bank. As interest rates increase, dividends tend to also increase. The value of bonds, however, tends to decrease.

Career Starters have that education debt and are dealing with how to afford a first house. Their focus is trying to create wealth; create a positive net worth.

Once they have covered their costs of food, clothing, and shelter, and paid down any higher interest rate debt, they should try to fund retirement accounts at least up to the match. They are likely in the lowest tax brackets they will ever be in. So, they should focus more on Roth contributions than pre-tax contributions. We have used the family tree to help pay down high interest loans. It is likely that someone in the family tree has cash in the bank and money markets earning next to nothing after taxes. They could gift or loan some of those funds to a child or grandchild to help pay off their debts.
Of course, they could make money the old-fashioned way. Marry it. Remember, if you marry UP, no Pre-Nup. But, be careful your marriage doesnât adversely affect your credit rating. Marrying someone with a poor credit rating, even if you have a pre-nup, adversely affects your credit rating, as well.

Growing and preserving wealth for all four groups involves a carefully crafted coordinated financial plan and a diversified portfolio of insurance, investments, and annuities. The purpose for the accumulation must be defined along with the time horizon. Are we saving for a first house, or vacation house? Are we saving for education? Are we saving for retirement? Identifying your risk tolerance and risk capacity is very important. Re-balancing in a tax-wise manner to maintain that profile is an essential part of the on-going financial plan.

Growing and Preserving Wealth must go hand-in-hand with your plan to Spend that wealth; your distribution plan. Every year of distribution, investment markets may be UP or DOWN. Every year of distribution, tax rates may be UP or DOWN. So, to my mind, you need four portfolios. For UP markets, traditional equities, debt, and alternative investments make sense. For DOWN markets, a hedged portfolio is needed and can be provided, at least in part, through a variable annuity. For years when tax brackets are DOWN, take traditional retirement account distributions. Of course, you have to take required minimum distributions regardless of markets and tax rates. For years when tax brackets are UP, be sure that you have Roth accounts in place.

Also, consider the benefits of Whole Life insurance with cash value that can be distributed tax-free like a Roth account, waiver of premium in case of disability, lifetime access to death benefit for qualified custodial care expenses, and death benefit to replace principal and/or fund the income taxes on a surviving spouseâs Roth conversion.
Your life insurance, disability insurance, and long-term care insurance portfolio should be as diversified as your investment portfolio. â