A 2020 study from the National Institute On Retirement Security highlights the need for a systemic approach to financing longevity. Excerpts are presented below. Access the full report here. 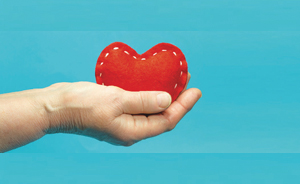 The data show that 69 percent of seniors will require some type of long-term services and supports (LTSS).a This report emphasizes the importance of planning for long-term care at the individual level and at the state and federal levels.

Five factors highlight the urgent need for a systemic approach for improving the financing of, and access to, long-term care in the United States:

1.) Healthcare and long-term care costs can be very high relative to both income and the level of savings that most Americans have managed to accrue.

2.) The majority of current workers are not factoring long-term care costs into their retirement plans, despite the high rate of LTSS utilization by current seniors.

3.) The countryâs proportion of seniors continues to rise, which will cause the cost of pay-go financing to continue increasing.

4.) Medicaid, a health insurance program originally designed for people of low income, has become the countryâs primary payer for long-term services and supports.

Even as the countryâs primary payer of LTSS, Medicaid LTSS coverage has restrictive eligibility rules, is highly variable by state, and is unfamiliar to the general public. A large number of Americans will become acquainted with the system only when they or a loved one find themselves in need of LTSS.

Because of a lack of alternative and feasible ways to finance the cost of their long-term care needs, many middle-class seniors find themselves forced to spend down, i.e., reduce their net worth so they are eligible for Medicaid, or open LTSS-specific trusts in order to qualify for Medicaid LTSS coverage. This frequently requires strategic planning and/ or legal help for those with assets in addition to forcing families to deal with bureaucratic confusion while confronting a health crisis that exacts an emotional toll on seniors and their families.

Despite improvements through the Affordable Care Act (ACA), Medicaid LTSS coverage continues to favor institutional nursing facility care over home or community based care. This occurs even though home or community based care costs less on an individual basis, may delay the need for institutional-level care, and is largely preferred by beneficiaries and their families. The National Institute on Retirement Security (NIRS) recommends the following policies to address the unpredictable yet potentially catastrophic costs of longterm care needs:

Medicaid eligibility is determined by federal and state law, where the federal government establishes minimum eligibility standards and states can choose whether and to what extent to expand eligibility beyond the minimum standards. Eligibility is determined based on categorical, financial, and functional eligibility criteria. This report largely focuses on the financial criteria and how they differ by pathway. As a result, all pathways are explained with seniors in mind; to simplify how Medicaid works for seniors needing LTSS, other groups eligible through the same pathways are omitted from this report.

The only category that is federally mandated for Medicaid coverage are Americans receiving Supplemental Security Income (SSI). Individuals receiving SSI meet three basic criteria. First, they have low incomes; the maximum SSI in 2020 is $783 per month, i.e., 74 percent of the federal poverty line. Second, they have limited assets; usually $2,000 for an individual and $3,000 for a couple, in addition to non-countable assets and income disregards. Third, they do not have gainful work; if a person obtains gainful work, they lose their eligibility.

Because this pathway is mandatory, seniors who receive SSI fall into one of the programâs mandatory eligibility groups as determined by the federal government. The federal government also mandates that nursing facility services be included in the Medicaid benefit under this pathway, for all categorically needy populations, including seniors. All states implementing Medicaid must provide this pathway. However, eight states have opted for exception Section 209(b); states can use financial and functional criteria different from the SSI rules, as long as they are no more restrictive than what the state had in 1972.

The federal government allows states to provide Medicaid coverage beyond the mandatory 74 percent federal poverty line (FPL) limit up to 100 percent (i.e., SSI+). Effectively, half of the states (25 out of 51) cover seniors above 74 percent, although a handful of states do this through a mechanism different from this optional pathway.

In summary, one state exercises an income threshold of 63 percent of the FPL, 25 states use the mandatory threshold of 74 percent, seven states fall between 80 percent and 90 percent, and 18 states use the maximum of 100 percent. It should be noted that this optional pathway is distinct from the Medicaid expansion provided by the Affordable Care Act for working age people, which has been implemented by 38 states, thus far.