A Tax Hike to Hurt All Americans

All investors fear losing their money 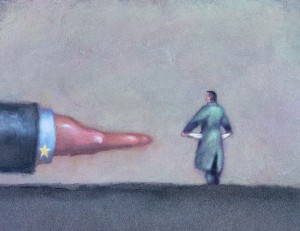 All investors fear losing money on their investments. Itâs not just buying and selling at the wrong time, though, that can cost you money. The taxes you pay on your investments, particularly on the money you receive as dividends, can take a bite out of your income. The bad news is that if Congress and the President donât act before the end of this year, that bite is about to get a lot bigger.

On December 31, the current federal tax rates on capital gains and dividends will expire. The maximum tax rate on capital gains will increase from 15 percent to 23.8 percent (after a mandatory 3.8 percent Medicare surcharge tax is included). The maximum tax rate on dividends, meanwhile, will skyrocket from todayâs 15 percent to as high as 43.4 percentâa leap of nearly 190-percent!

Raising the maximum tax rate on dividends by such a staggering percentage will hurt all investors, regardless of their income level. Congress and the President need to maintain parity in how cap gains and dividends are taxed by extending todayâs tax rates until they undertake comprehensive tax reform. With time quickly running out on todayâs tax rates, we encourage you to join a national grassroots advocacy campaign to send this message to your representatives in Congress.

The Defend My Dividend (www.defendmydividend.org) website can help you add your voice to the millions of Americans from all walks of life who have done so. It will also give you more information about this critical financial issue. The campaign is sponsored by Edison Electric Institute and a wide variety of associations, organizations, and companies who have a stake in this issue, along with the support of their members, employees, retirees, and shareholders.
A new study by Ernst & Young shows that the dividend tax hike will affect those who have retired, or are about to, the most. The study found that taxpayers age 50 and older filed 63 percent of all tax returns with qualified dividend income, according to data from the U.S. Internal Revenue Service. Taxpayers age 65 and older filed close to a third of these returns.

Dividend-paying stocks are one of the few, high-quality investments that you can choose to offset the low interest rates paid on bank accounts and government bonds. In fact, stocks that yielded high dividends used to be called âwidowsâ and orphansââ stocks. If you count on your quarterly dividend check to help meet the bills, however, the looming tax hike on dividends could really affect your overall financial situation.

How will it affect your own pocketbook? Today, one dollar in qualified dividends nets you $0.85 after taxes. But if youâre in the top tax bracket and Congress and the President donât act before January, that same $1 dividend will return only $0.57, after you factor in the mandatory Medicare surtax. Thatâs almost like cutting your dividend check in half!

But thatâs only part of the tax burden, as dividends are essentially taxed twice â first at the corporate level when the company pays taxes on these earnings (at a statutory rate of up to 35 percent), then later at the individual level when shareholders receive the dividends. According to a February 2012 study prepared by Ernst & Young for the Alliance for Savings and Investment, the top U.S. integrated dividend tax rate is currently 50.8 percent (when both corporate and individual tax levels at the federal, state and local levels are factored in). If the current rates expire, the U.S. top integrated dividend tax rate will rise to 68.6 percent â the highest level among developed nations. In other words, if a company has $100 of available earnings to pay in dividends, the investor would receive only $31 after all taxes are paid.

Raising the maximum tax rate on dividends by such a staggering percentage will hurt all investors, regardless of their income level. Congress and the President need to maintain parity in how cap gains and dividends are taxed by extending todayâs tax rates until they undertake comprehensive tax reform. With time quickly running out on todayâs tax rates, we encourage you to join a national grassroots advocacy campaign to send this message to your representatives in Congress.

Itâs important to note that raising tax rates on dividends will affect you in other ways as well. Some lawmakers have suggested raising dividend tax rates only for people making above a certain income level ($250,000 for married couples/$200,000 for singles). Those below this income threshold number will breathe a sigh of relief, but it wonât last long.

The new tax codeâwith higher tax rates on dividendsâwill then encourage upper-income investors to sell their dividend-paying stocks in favor of other investmentsâhere and abroadâwith lower tax rates. As they sell, the value of these stocks will likely fall. A company with a falling stock price will generally have to pay more to borrow money for needed investment projects. As a result, companies with this higher cost of capital will see their overall financial position suffer. All things being equal, a financially weaker company in this situation could end up reducing their dividend or reducing the annual growth rate of their dividend. As a result, all investors, but especially seniors who own dividend-paying stocks, will be significantly impacted.

If youâre like many investors, you also probably own dividend-paying stocks directly or indirectly through mutual funds. Or, you may have an interest in dividend-paying stocks through an employer or union pension plan, 401(k) plan, individual retirement account, and/or life insurance policy. These investment vehicles generally rely on dividend-paying stocks for a big percentage of their overall holdings. So, falling share values of dividend-paying stocks could negatively impact those investments as well.
Companies and shareholders make their investment decisions with an eye toward the future. They know that Washington has acted in recent years to keep the tax rates on dividends and capital gains equal at their current levels. So, a future tax increase may not be reflected in current stock valuations.

A decline in stock values would hurt all shareholders, regardless of their income level, which increases the likelihood that financial markets and the economy will suffer if Congress and the President raise tax rates on dividend income. With the still-fragile economy finally starting to show signs of recovery, now is not the time to reduce dividend income through higher taxes and punish Americans who invest in our nationâs future.

Members of Congress are now back in their home districts or states until after the November elections. Before adjourning, both the U.S. House of Representatives and the Senate voted on competing versions of legislation that would affect the tax rates for dividends and capital gains, which are currently set to expire at the end of this year.

The House passed a bill (H.R. 8) that would extend the current rates for both dividends and capital gains, which are capped at 15 percent, for all taxpayers for one year. The Senate passed a bill (S. 3412) that would extend the current tax rates only for married taxpayers earning less than $250,000 (or singles earning less than $200,000). For taxpayers above these income thresholds, the top tax rates on both dividends and capital gains would increase to 20 percent. Importantly, parity is maintained in both bills.
The clock is rapidly ticking down. We need your help now in telling Congress and the President to maintain parity between the tax rates on capital gains and dividends, and to do so by extending todayâs tax rates until comprehensive tax reform is completed. Allowing tax rates on dividends to nearly triple after December 31 will hurt all Americans.

Here are two ways you can tell your members of Congress today to stop a dividend tax hike: