Investors constantly focus on the event instead of the opportunity 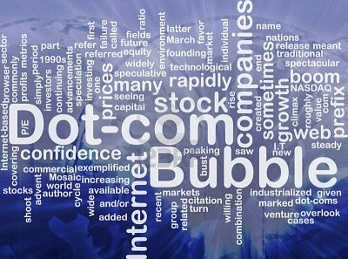 Mr. Selengut is an independent investment advisor and a contributing editor to LIFE&Health Advisor. He is the author of the book âThe Brainwashing of the American Investor: The book that Wall Street does not want you to read.â He can be reached at [email protected]
Â

A participant in the morning Market Cycle Investment Management (MCIM)Â workshop observed: I’ve noticed that my account balances are returning to their (June 2007) levels. People are talking down the economy and the dollar. Is there any preemptive action I need to take?

An afternoon workshop attendee spoke of a similar predicament, but cautioned that (with new high market value levels approaching) a repeat of the June 2007 through early March 2009 correction must be avoided — a portfolio protection plan is essential!

What were they missing?

These investors were taking pretty much for granted the fact that their investment portfolios had more than merely survived the most severe correction in financial market history. They had recouped all of their market value, and maintained their cash flow to boot. The market averages remained 40% below their 2007 highs.

Their preemptive portfolio protection plan was already in place — and it worked amazingly well, as it certainly should for anyone who follows the general principles and disciplined strategies of the MCIM.

But instead of patting themselves on the back for their proper preparation and positioning, here they were, lamenting the possibility of the next dip in securities’ prices. Corrections, big and small, are a simple fact of investment life whose origination point, unfortunately, can only be identified using rear view mirrors.

Investors constantly focus on the event instead of the opportunity that the event represents. Being retrospective instead of hindsightful helps us learn from our experiences. The length, depth, and scope of the financial crisis correction were unknowns in mid-2007. The parameters of theÂ recent advanceÂ were just as much of a mystery— in April.

MCIM forces us to prepare for cyclical oscillations by requiring that: a)Â we take reasonable profits quickly whenever they are available, b)Â we maintain our “cost-based” asset allocation formula using long-term (retirement, etc.) goals, andÂ c) we slowly move into new opportunities only after downturns that the “conventional wisdom” identifies as correction level— i. e., twenty percent.

The MCIM methodology was nearly fifteen years old when the robust 1987 rally became the dreaded "Black Monday", (computer loop?) correction of October 19th. Sudden and sharp, that 50% or so correction proved the applicability of a methodology that had fared well in earlier minor downturns

So, a better question, concern, or observation during a rally, given the extraordinary performance scenario that these investors acknowledge, would be: What can I do to take advantage of the market cycle even more effectively — the next time?

The answer is as practically simple as it is emotionally difficult. You need to add to portfolios during precipitous or long term market downturns to take advantage of lower prices — just as you would do in every other aspect of your life. You need first to establish new positions, and then to add to old ones that continue to live up to WCM (Working Capital Model) quality standards.

TheÂ MCIM methodologyÂ was nearly fifteen years old when the robust 1987 rally became the dreaded “Black Monday”, (computer loop?) correction of October 19th. Sudden and sharp, that 50% or so correction proved the applicability of a methodology that had fared well in earlier minor downturns.

According toÂ the guidelines, portfolio “smart cash” was building through August; new buying overtook profit taking early in September, and continued well into 1988.

Ten years later, there was a slightly less disastrous correction, followed by clear sailing until 9/11. There was one major difference: the government didn’t kill any companies or undo market safeguards that had been in place since the Great Depression.

Working Capital Model buying rules prohibit the type of rampant speculation that became Wall Street vogue during that era. The WCM credo after the bursting was: “no NASDAQ, no Mutual Funds, no IPOs, no problem.” Investment Grade Value Stocks (IGVSI stocks) regained their luster as the no-value-no-profits securities slip-slided away into the Hudson.

Embarrassed Wall Street investment firms used their influence to ban the “Brainwashingof the American Investor” book and sent the authorities in to stifle the free speech of WCM users — just a rumor, really. Once again, through the “Financial Crisis”,Â for theÂ umpteenth time in the thirty-five years since its development, Working Capital Model operating systems have proven thatÂ they are an outstanding Market Cycle Investment Management Methodology. And what was it that the workshop participants didn’t realize they had — a preemptive portfolio protection strategy for the entire market cycle. One that even a caveman can learn to use effectively.