A Paradox of Fiduciary: Watch-Group Calls Out Brokerage Firms 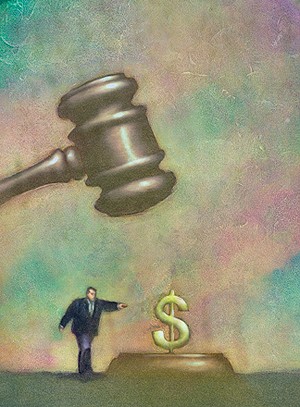 WASHINGTON, D.C.–April 21, 2015– A warning to consumers and a call for action from the federal government were sounded in March: Nine top U.S. brokerage firms – including Merrill Lynch, Fidelity Investments, Ameriprise, Morgan Stanley, Allstate Financial, and Charles Schwab – advertise in public as though they are trusted fiduciaries acting in the best interest of investors and then deny in non-public arbitration cases that they have any such duty to avoid conflicted advice, according to a new report from the Public Investors Arbitration Bar Association (PIABA).

The PIABA report concludes that conflicted advice costs U.S. investors $17 billion a year – a total of nearly $80 billion since the Dodd-Frank act directed the Securities and Exchange Commission (SEC) to study imposing a fiduciary standard rule on brokers to ban conflicted advice.

The PIABA report comes as both the SEC and U.S. Department of Labor (DOL) are considering taking action on such a rule to protect investors. Contrasting brokerage firm advertising claims with the lesser-known arguments the firms make in arbitration proceedings outside of the public eye, the PIABA report shows how the ad pitches of nine leading brokerage firms — Merrill Lynch, Fidelity Investments, Ameriprise, Wells Fargo, Morgan Stanley, Allstate Financial, UBS, Berthel Fisher, and Charles Schwab – are directly at odds with the strikingly different message the firms send to aggrieved investors who file arbitration cases after suffering losses from conflicted advice.

For example, Merrill Lynch advertises as follows: “It’s time for a financial strategy that puts your needs and priorities front and center.” Fidelity Investments appeals to investors with these words: “Acting in good faith and taking pride in getting things just right. The personal commitment each of us makes to go the extra mile for our customers and put their interests before our own is a big part of what has always made Fidelity a special place to work and do business.”

Nonetheless, Merrill Lynch, Fidelity, and all seven of the other brokerage firms using the fiduciary-like appeals in their advertisements eschew any such responsibility when it comes to rebuffing investor claims in arbitration. The PIABA report concludes that “there is a compelling case to be made for a ban on conflicted advice in order to protect investors. In the absence of such a standard, brokerage firms now engage in advertising that is clearly calculated to leave the false impression with investors that stockbrokers take the same fiduciary care as a doctor or a lawyer. But, while brokerage firms advertise as though they are trusted guardians of their clients’ best interests, they arbitrate any resulting disputes as though they are used car salesmen.”

Adding to the confusion is the fact that five of the nine brokerage firms – Ameriprise, Merrill Lynch, Fidelity, Wells Fargo, and Charles Schwab – have publicly stated that they support a fiduciary standard. But these firms are every bit as vociferous as the other four brokerages in denying that they have any fiduciary obligation when push comes to shove in arbitration cases filed by investors who have lost some or all of their nest egg due to conflicted advice.

Report co-author Joseph C. Peiffer, a New Orleans-based arbitration attorney and president of the Public Investors Arbitration Bar Association, said: “In this atmosphere of misleading advertising and a complete disavowal by brokerage firms of the same ad claims in arbitration, investor losses will continue to mount at the rate of nearly $20 billion per year until the SEC and DOL prescribe the long-overdue remedy: a ‘fiduciary duty’ standard banning conflicted advice.

Until then consumer confusion and losses will reign as the result of a striking difference between the positions brokerage firms take when soliciting customers and those they take when those customers arbitrate claims against the same firms. This is a huge disconnect that simply cannot be allowed to go on.” Also speaking during a PIABA news event today was Ethel Sprouse, an elderly woman from Cedar Bluff, AL. Along with her husband suffering from Alzheimer’s, Mrs. Sprouse, who also is responsible for the care of a mentally challenged daughter, lost $400,000 and is now in a pending arbitration case against Allstate Financial, which is disclaiming a fiduciary obligation to this couple that depended on unbiased advice.

Mrs. Sprouse said: “My family has suffered a devastating financial loss. I was surprised and disappointed to learn that Allstate denies that it had a duty to put my interests first. Why would anyone invest their life savings with a firm that would not put their client’s interests first? The simple answer is that nobody would invest with them, which is why Wall Street’s marketing is designed to evoke the trust.”

Report co-author Christine Lazaro, director, Securities Arbitration Clinic, St. John's University School of Law, said: “Investors believe they are doing business with individuals they can trust, because the brokers use titles which imply trust, their advertisements give the impression they can be trusted, and the brokers say they can be trusted to look out for the best interests of their clients.

A survey of the major brokerage firms show consistency in the advertising, in the tone they take on their websites, and the impression that they intend to leave on investors. Yet when that trust is breached, a survey of answers filed in arbitrations demonstrate that these same firms disclaim liability when held to account in arbitration, and rely on case law to say no such duty exists. The public face of the firms is that they hold themselves to the highest standards, while the private face of the firms, in the arbitration forum where everything is non-public, is that they are mere order-takers.”

Other examples cited by PIABA in the report include: