A New and Animated Approach to Voluntary Enrollment

Making It Easyâ¦ Even Funâ¦ For Employees to Buy Insurance 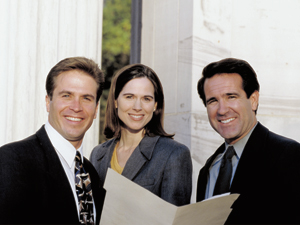 John Burke is Director of Group Product Management at Dearborn National. He can be reached at [email protected]

Whatever the Supreme Court decides about the Patient Protection and Affordable Care Act, the world of employee benefits is changing. A 2011 LIMRA study showed that 30% of employers are considering adding a voluntary benefit to replace employer-paid and contributory benefits within the next two years. Those changes would affect between 19 million and 45 million employees.

If voluntary benefits are on the rise, the companies that will succeed in the marketplace are the ones that make it easy for employees to understand their benefit options and how to enroll. My company believes we can make benefits enrollment, including gathering evidence of insurability, easy to understand and easy to do. Maybe even â and hereâs a word you donât see too often in a journal devoted to insurance â fun.

For a benefits enrollment to proceed smoothly, employees should have a way to understand the nature and the value of the benefits being offered. Additionally, they should be able to do this in a relaxed atmosphere, at their own pace, ideally while being able to consult their spouses. These parameters are easily achieved with an online enrollment.

Weâre all familiar with online enrollment systems. Theyâve been around for years, and many groups have used them. We believe, however, that the technology weâve engaged for our new enrollment system is something new. It explains benefits by the use of animated, interactive characters. If your kids â or you â play any online game, itâs as if your character had a mission to gather information about insurance benefits and sign up, instead of gathering gold and slaying monsters.

Are you somewhat taken aback? Are you wondering if the method weâve chosen to deliver our message is somehow not dignified enough? Allow us to assure you that we didnât jump into this solution without doing our research and watching this system in action.

Letâs back up just a little. We started with the premise that we needed a sales mechanism that could work with employees and answer their questions 24/7, and we needed to achieve this goal without incurring additional call center expenses. We also had certain criteria that would have to be satisfied. The system we used had to be uncluttered and user friendly. The person using the system had to know immediately how much would be coming out of his or her paycheck for each benefit selected. We wanted a seamless integration with our requests, where applicable, for evidence of insurability. The option to buy had to be present at every step along the way, without the necessity for navigating up and down menus or going to another screen. Then we added another important criterion: the system had to be non-intimidating and visually pleasing, with the ability to allow the user to interact, not just read words and click menu options.

To be sure, online systems with representations of humans are common. But most of them seemed to use stock photos of unnaturally cheerful models and/or to use the kind of monotone voices that are far too reminiscent of computer voices from movies in the 60s and 70s. And most of us would rather not buy our employee benefits from that kind of character.

In these days of computer graphics, itâs possible to construct animated characters that look more and more like human beings. But we were able to benefit from research done in the field of robotics and from the experience of Hollywood to learn that âlooking more and more like human beingsâ is not necessarily a good thing. Work done in Japan by robotics scientist Masahiro Mori disclosed that humans react more positively to robots as those robots look increasingly human â¦ up to a certain point. Then, for reasons still not clear, the reaction turns from strongly favorable to strongly unfavorable. The adjective used by test subjects to describe these almost-human figures tended to be âcreepy.â A robot that looks sort of human is okay. A robot that looks completely human would be okay. A robot that looks almost human is just plain off-putting. Hollywood found out the same thing. Pixar has had a lot of success with animated films featuring toys and fish, but when Warner Brothers released The Polar Express, with a cast of animated humans, The New York Times reaction was typical, when it spoke of âthe eerie listlessness of the charactersâ faces.â

We started with the premise that we needed a sales mechanism that could work with employees and answer their questions 24/7, and we needed to achieve this goal without incurring additional call center expenses.

So, it was settled; the enrollment system would use animated characters, but not highly realistic ones. And to deliver this experience, we strategically partnered with Trustnode, a cutting edge technology organization.

On the face of it â the face that is seen by the potential enrollee â an animated insurance character describes each kind of insurance available, offers to explain it thoroughly and answer questions about it, and, as necessary, explains evidence of insurability. Itâs all very easy to use and very non-threatening. The animated character also spells out the risks that each type of insurance addresses, but he doesnât hesitate to use blacked-out teeth when talking about dental insurance, or to sell life insurance by picturing a hapless person sitting by a quiet pond suddenly coming face-to-face with a ravening shark.

Perhaps most important, a big Enroll button is visible at all times. When the employee has enough information to support the âbuyâ decision, the animated character makes it easy to act on that decision.
Thatâs the simple face of the enrollment system. But underneath the hood, itâs very sophisticated. The animated insurance character knows the age, gender and marital status of each employee, and he tailors his sales pitch accordingly. A younger woman will hear about pregnancy benefits; a young unmarried man will not. He also does more than offer products based on age and gender and marital status. He can tailor the pitch for these products accordingly. Everyone in a company that offers life benefits will be given a chance to enroll. But while a 35-year-old married man will be told about protecting his mortgage and family, a 22-year-old single man might be told about the possibility of making his life benefit payable to a favorite charity.

There are four parties to a sale of voluntary employee benefits: the employer, the employee, the carrier and the broker. We are convinced that all four of these are winners with our online enrollment system.

The group insurance industry is changing, and companies today have to communicate and market on an entirely different level to remain successful. As a strong and experienced carrier, Dearborn National is forging ahead with out of the box solutions to meet the evolving needs of the workplace.

This piece is for illustrative purposes only and is not a contract. The products referenced may not be available in all states. The features described are intended to provide only a brief summary of the products and policies advertised and may not be available in all products. Only the policies themselves provide the actual terms of coverage, including any exclusions, conditions and limitations to coverage.