A.M. Best Comments on The Hartfordâs Intent to Sell Its Retirement Plans Business 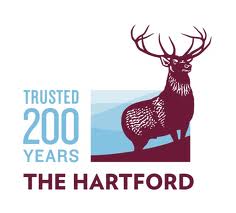 OLDWICK, N.J.,Â Â Â  -A.M. Best Co. has commented that the
ratings of The Hartford Financial Services Group, Inc. (The Hartford)
(Hartford, CT) [NYSE: HIG] and its subsidiaries will remain under review
with developing implications following the recent announcement that the
company has signed a definitive agreement to sell its retirement plans
business to Massachusetts Mutual Life Insurance Company (MassMutual)
(Springfield, MA) for a cash ceding commission of approximately $400
million. The sale is expected to close by the end of 2012, subject to
regulatory approvals.

The announced transaction remains consistent with The Hartfordâs strategy
to focus on its property/casualty group benefits and mutual funds
businesses as outlined by management in early 2012. Upon the close of the
announced sales of Woodbury Financial Services and its retirement plans
business as well as the previously announced intention to sell its
individual life business, The Hartford will have successfully executed its
announced restructuring and will move forward with a strategy centered on
its core strengths.

A.M. Best believes that the basis for the under review status remains
intact as the retirement plans transaction itself does not have a
significant impact on The Hartfordâs overall financial condition. A.M. Best
will continue to monitor developments regarding The Hartfordâs
restructuring and discuss with company management its future capital plans,
including any deployment of proceeds from the sales of non-core businesses,
to facilitate removing its ratings from under review.

Founded in 1899, A.M. Best Company is the world’s oldest and most
authoritative insurance rating and information source. For more
information, visit www.ambest.com.