84 Percent of Millennials Are Worried About Making Ends Meet

Not having enough emergency funds tops the list across
Generation X, Generation Y and Boomers 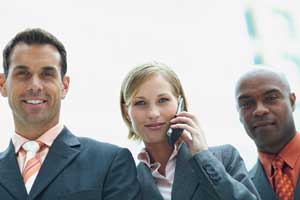 PARK RIDGE, Ill. (February 17, 2015) – While the U.S. economy has rebounded, the financial environment is still cloudy to more than 50 percent of Generation Y (18-34 years of age), Generation X (35-54 years of age) and Boomers (55+ years of age) who have financial concerns, according to a recent financial wellness survey conducted by Harris Poll on behalf of the Million Dollar Round Table (MDRT), The Premier Association of Financial Professionals®.

“It’s never too late to make resolutions and one area not to overlook is a person’s financial wellness. The findings in this survey reinforce the need for people to speak to a financial advisor and develop a tailored plan to accomplish their short and long-term financial goals,” said James Pittman, CLU, CFP, Secretary of MDRT.

Most people have a spending issue that drives their insecurity. Setting aside a small amount of money can quickly turn into a few hundred dollars that can be seed money for an emergency fund

“The hardest part of a financial plan is finding the time to get started. The new year is an excellent time to take control of your finances—and your future—with a financial plan and stick to it,” Hanna said.

Survey Methodology
The study was conducted online from December 29-31, 2014 among 2,041 U.S. adults ages 18+ (among which 523 are Gen Y/Millennials, 775 are Gen X, and 743 are Boomers) by Harris Poll on behalf of MDRT. Figures for age, sex, race/ethnicity, education, region and household income were weighted where necessary to bring them into line with their actual proportions in the population. For complete survey methodology, including weighting variables, please contact Heather Mulae.

About MDRT
Founded in 1927, the Million Dollar Round Table (MDRT), The Premier Association of Financial Professionals®, is a global, independent association of more than 42,000 of the world's leading life insurance and financial services professionals from more than 470 companies in 71 countries. MDRT members demonstrate exceptional professional knowledge, strict ethical conduct and outstanding client service. MDRT membership is recognized internationally as the standard of excellence in the life insurance and financial services business. For more information, visit mdrt.org.