Time to take retirement into their own hands 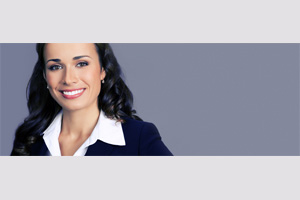 BRYN MAWR, PA, July 24, 2017 â Only 18% of retirement-age women can pass a basic quiz on how to make a nest egg last in retirement. Nearly twice as many retirement-age men are able to pass, and although those numbers are still grim, this underscores the trouble women face in their own retirement knowledge.

Even more worrisome is that despite low retirement literacy, the majority of women (55%) are still extremely confident that they and their spouses would have enough money to retire comfortably.

These findings are part of the RICPÂ® Retirement Income Literacy Survey from The American College of Financial Services â the most comprehensive survey exploring the drawdown phase of Americansâ financial lifetimes, when people are no longer receiving a paycheck from their jobs but must still fund their lifestyles during a potentially lengthy retirement.

Women demonstrated lower literacy rates in 10 out of 12 knowledge categories. There was a discrepancy in performance between men and women across the areas of annuity products in retirement (16% vs 24%), company retirement plans (30% vs 40%) and investment considerations in retirement planning (21% vs 49%). However, women performed just as well as men (76%) on the topic of Medicare insurance planning and actually exceed on the topic of paying for long-term care expenses (38% vs 35%), which is important as women live longer on average.

âWomen face considerable challenges when it comes to preparing for retirement, and lacking financial literacy certainly does not help the cause,â said Jocelyn Wright, State FarmÂ® Chair in Women and Financial Services and Assistant Professor of Women’s Studies at The American College of Financial Services. âThis is a problem, especially when a female at age 65 can expect to live another 20 years on average, two years longer than the average man. With this in mind, women cannot depend on their spouse to hold the keys to their retirement. It is time to get smart on how to navigate this complex and extremely important stage of life.â

Silver Lining: Knowing Where to Turn

âAll people, regardless of gender, should be equipped with the knowledge that could better prepare them for retirement,â said Jamie Hopkins, Retirement Income Program Co-Director at The American College of Financial Services. âWomen face a number of challenges that the average man does not face in retirement, including greater longevity. So in some ways women should be more aggressive investors and have better retirement income literacy rates as they need to make their money last even longer in retirement.â

Methodology
The American College of Financial Services commissioned Greenwald & Associates for the study. Respondents were asked a number of knowledge, behavior, and attitudinal questions about retirement income planning.

Information for this study was gathered through online interviews conducted between February 16 âMarch 1, 2017. A total of 1,244 Americans were interviewed. To qualify for participation in the study, respondents had to be ages 60-75 and have at least $100,000 in household assets, not including their primary residence.

About The American College of Financial Services
The American College of Financial Services was founded in 1927 and is the nationâs largest non-profit educational institution devoted to financial services. Holding the highest level of academic accreditation, The College has educated one in five financial advisors across the United States and offers prestigious financial planning designations such as the Retirement Income Certified ProfessionalÂ® (RICPÂ®), Chartered Life UnderwriterÂ® (CLUÂ®), Chartered Financial ConsultantÂ® (ChFCÂ®) and education leading to the Certified Financial PlannerÂ® (CFPÂ®). It recently approved conferral of PhD degrees to the first class of graduates of that program. The Collegeâs faculty represents some of the foremost thought leaders of the financial services profession. For more information, visit TheAmericanCollege.edu.