Concerns about whether they fully understanding financial and tax implications 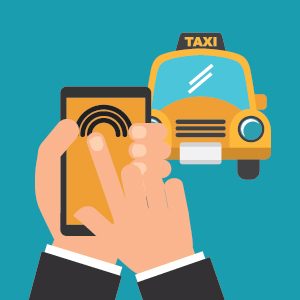 WASHINGTON, D.C. â The National Association for the Self-Employed (NASE), the nationâs leading advocate and resource for the self-employed and micro-business community, in partnership with American Universityâs Kogod Tax Policy Center, today released the results of a new, small business survey focused on participation in the sharing economy (which includes platforms such as Uber, Etsy, Lift, AirBnB, among many others).

The survey found that an overwhelming majority of those who responded â 69 percent â have not received any tax guidance from the shared economy platform they are working with. In fact, the survey data underscores the importance of educating shared-economy entrepreneurs about the fact that they, too, are operating a self-employed, small business.

âThose participating in the sharing economy are self-employed, small business owners whether they like it or not,â said Katie Vlietstra, Vice President for Government Relations and Public Affairs for NASE. âThey are operating a legitimate business and are subject to a specific set of tax obligations, business regulations, and reporting requirements. Regardless if these entrepreneurs are only participating in the sharing economy for a fixed amount of time, they are still operating a self-employed, small business. Even working a few hours on the weekend to pay off some outstanding debt still has financial and tax responsibilities that is important for them to fully understand.â

During March 2016, the survey was sent to over 40,000 small businesses garnering over 500 responses from small business owners, mainly the self-employed, about their participation in the sharing economy.

âAs this new and important small business demographic grows, it is important that the tax code evolves along with the sharing economy to accurately reflect the taxable income of those operating in it,â said Caroline Bruckner, the Managing Director of American Universityâs Kogod Tax Policy Center. âFor instance, the fact that those in the sharing economy did not receive any tax guidance suggests that unless those participating use professional tax preparers, they run the risk of being shortchanged by the tax code and not fully understanding the financial and tax implications of running a shared economy business.â

On May 23, Kogod will release a report that analyzes the tax compliance challenges small businesses operating in the sharing economy face and how that impacts the Department of Treasury and the IRSâ ability to fairly administer the nationâs tax code.

The survey also asked this small business community about their current participation in the shared economy, finding that:

Those participating in the sharing economy are self-employed, small business owners whether they like it or not

According to the latest U.S. Census figures (2013), small, self-employed and micro-businesses (with up to 9 or less employees) account for over 78 percent of the overall small business community, representing more than 27.5 million entities nationwide. In fact, the self-employed are growing at a top rate over the last ten years â more than any other small business group.

The National Association for the Self-Employed (NASE) is the nation’s leading resource for the self-employed and micro-businesses, bringing a broad range of benefits to help entrepreneurs succeed and to drive the continued growth of this vital segment of the American economy. The NASE Small Business Locator helps identify and connect our nationâs smallest businesses. In addition, NASEâs new health care portal helps small business owners navigate the nationâs health care marketplace. The NASE is a 501(c) (6) nonprofit organization and provides big-business advantages to hundreds of thousands of micro-businesses across the United States. For more information, visit the association’s website at NASE.org

Founded in 2012, the Kogod Tax Policy Center at American University Kogod School of Business promotes independent research and expands knowledge with respect to tax policy, planning and compliance for small businesses and entrepreneurs. The Center focuses on key problems with the nationâs tax laws that can create burdens and inequities for these taxpayers; develops and analyzes proposed solutions; and promotes dialogue that aims to inform policy makers, the public, press, and tax practitioners about a range of complex tax issues impacting small businesses.