5 Financial Risks to Consider in Retirement

After a Lifetime of Climbing, Retirees Need to be Cautious on their Descent 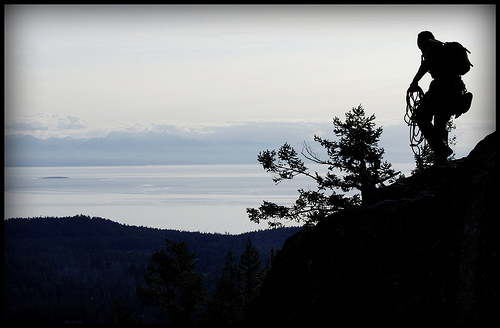 Most people donât know that 80 percent of mountain-climbing accidents donât occur on the way to the summit â they happen on the way down. “Although arriving at the top of the mountain is considered by many mountaineers to be one of lifeâs greatest accomplishments, ”Â says David Rosell, CEO of Rosell Wealth Management and author of Failure is NOT an Option, “I can tell you firsthand that summiting is not the ultimate goal for climbers.”

In fact, they will tell you that their objective is to reach the summit and get back down alive to see their family and friends. They understand that the second half of their journey presents the greatest risk and requires the most planning.â

âLikewise, we need to think of retirement as the descent from the financial mountain, which can be treacherous.â

Retirees and pre-retirees need to evolve from the traditional view of retirement, especially with so much legitimate concern about an unprecedented retirement crisis on our immediate horizon, he says. According to a 2013 report by the National Institute on Retirement Security, 45 percent of working-age American households have no retirement savings.

Thatâs on top of the 3.5 million baby boomers who have been retiring each year, and will continue to do so for more than a decade.

To help his clients thrive while experiencing descending their own financial mountains, Rosell briefly touches upon five major financial risks many experience during retirement.

Likewise, we need to think of retirement as the descent from the financial mountain, which can be treacherous

âThese are by no means the only tricky slopes that may have an affect on your retirement,â Rosell says. âJust as you have worked a lifetime to have money for your golden years, now is the time to manage your wealth wisely.â

About David Rosell
David Rosell, author of âFailure is NOT an Option,â (www.DavidRosell.com), is a sought-after speaker who has addressed international audiences including the Million Dollar Round Table. He is a recipient of the Retirement Distribution Certificate from the University of Pennsylvaniaâs Wharton School of Business, and has been featured on NPR. His company, Rosell Wealth Management, was a select finalist in 2008 for the management of the $500,000,000 Oregon 529 College Fund. He is the past chairman of the Bend, Ore., Chamber of Commerce, the City Club of Central Oregon and his Toastmasters chapter. With a current tally of more than 65 countries on four different continents, Rosell has a quest for extreme travel and adventure.