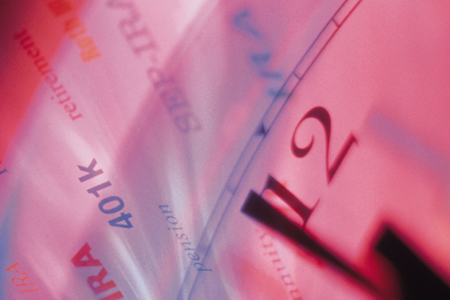 Ms. Lucas is CEO of the Employee Benefit Research Institute (EBRI). Her blog is reprinted here with permission. Visit here.

EBRI President and CEO, Lori Lucas, notes that provisions relating to 401(k) hardship withdrawals in the Bipartisan Budget Act of 2018 have potential implications for plan leakage. She takes a look at prior EBRI research on 401(k) plan leakage as context for evaluating the effect of the Budget Actâs rules that ease hardship withdrawal restrictions.

Certain provisions could increase plan leakage by making it easier to take hardship withdrawals. Namely, the Budget Act expands the categories of assets that are available for hardship withdrawals to include qualified nonelective contributions, and qualified matching contributions, as well as earnings. Previously, hardship distributions could only come from employeesâ own contributions. Further, the Budget Act repeals the requirement to exhaust available plan loans prior to taking a hardship distribution, another provision that makes it easier to take money out of 401(k) plans.

The Budget Act also eliminates the 6-months prohibition against making plan contributions after taking a hardship withdrawal. This could have a mixed effect on leakage from 401(k) plansâpotentially encouraging more hardship withdrawals, while at the same time reducing the amount of required forgone saving.

The Employee Benefit Research Institute (EBRI) addressed the topic of 401(k) plan leakage in testimony before the U.S. Department of Labor ERISA Advisory Council in a hearing on Lifetime Participation in Plans. EBRIâs analysis showed the impact of plan leakage over a full career for workers seeking to replace at least 80 percent of their inflation-adjusted income in retirement from a combination of Social Security and 401(k) balances (as well as IRA rollovers originating in 401(k) plans).

It found that nearly 1-in-10 (8.8 percent) fewer low-income workers who are currently ages 25-29 are projected to reach retirement âsuccessâ (the 80 percent replacement threshold) when auto enrolled in 401(k) plans where leakage such as loan defaults, withdrawals, and cashouts is present. Put another way, 27.3 percent more full-career low-income participants would reach retirement success if plan leakage was eliminated. Between 18 percent and 23 percent more full-career middle-income workers would reach retirement success without such plan leakage.

The analysis further showed that in terms of impact, leakage from hardship withdrawals with a six-month suspension of contributions ranked well below the impact of leakage due to cashouts at job change, but ahead of the impact of leakage due to loan defaults. The projected percentage of low-wage workers achieving retirement success over a full career would increase by 4 percent if loan defaults were eliminated, by 8 percent if hardship withdrawals with a six-month suspension were eliminated, but by 20 percent if cashouts at job change were eliminated.

The testimony pointed out that research has shown that traditionally, participants in 401(k) plans with accessibility features such as loans have higher contribution rates than those without such access. Future research may wish to explore how the presence of automatic enrollment and automatic contribution escalation in 401(k) plans affects such trade-offs.