The 4-Star Turnaround: How a Struggling Island Airline Revolutionized Service…

…and What YOU Can Learn from Its Story

Two years ago, Air Mauritius struggled with a $30 million loss, merely average service ratings, and bad morale. Today, it's profitable again and has earned the prestigious 4-star Skytrax rating. Global service guru Ron Kaufman, who helped the airline make its dramatic culture shift, lays out some lessons all companies can learn from its example. 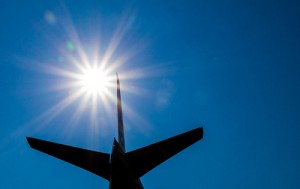 New York, NY (February 2015)—In a super-connected global economy, a company is only as good as its reputation for service. After all, if we don't please and delight our customers, a surging sea of competitors waits to embrace them. (And of course, public forums on which they can air their indignation are just a mouse click away!) Yet for many reasons—not the least of which is how tough it is to get thousands of employees aligned in both understanding and behavior—we fail. Sometimes spectacularly.

But there is some good news. Ron Kaufman says even big companies with terrible service track records can turn things around—quickly—but first they must realize how deep the problem lies. "We're talking about a revolution," says Kaufman, global leader in building uplifting service cultures and author of the New York Times bestseller Uplifting Service: The Proven Path to Delighting Your Customers, Colleagues, and Everyone Else You Meet (Evolve Publishing, 2012, ISBN: 978-0-9847625-0-7, $24.95, www.UpliftingService.com). "This is not about pouring money into customer service training. It's not about just improving service performance. It's about building a service culture from the ground up."

Revolutionizing service makes customers happier—obviously—but it also creates better staff morale and increased profitability and market share, he adds. Through his company, UP! Your Service, Kaufman deploys a proven methodology for helping big organizations (many of them with thousands of employees) make this powerful cultural shift. One recent success story is Air Mauritius, a national airline for the island nation Mauritius, located in the Indian Ocean.

Two years ago the airline was struggling with a $30 million financial loss, poor customer service ratings, and low staff morale. Kaufman joined forces with new CEO Andre Viljoen and his dedicated top team and launched "Stepping UP Together," a bold attempt to achieve profitability and an impeccable service reputation in just 24 months. One of the CEO's first actions was to appoint an executive vice president of customer experience to lead the program and translate the vision to reality.

Not only did Air Mauritius improve its Skytrax rating from the merely average 3 stars to the far more prestigious 4 stars, it realized an $8 million profit. It also made the Skytrax "Top 10 Most Improved Airlines" list and reduced employee attrition to less than 5 percent. And yes, all of this happened in less than two years.

So what can other service-challenged organizations learn from this incredible success story? Kaufman says the Air Mauritius journey highlights some key lessons:

Air Mauritius has no plans to take a breather.

"Yes, we are proud of what we have achieved at Air Mauritius in a short period of time, yet we know that we must keep stepping higher," says Viljoen. "That is why we recently updated our service vision from 'Stepping UP Together'—which we have achieved—to 'Taking the Next Step UP'—which further builds our commitment and our aspirations for the future."

"Any organization willing to embrace this reality, that service excellence is not a 'one off' but rather an unending journey, can achieve the kind of success Air Mauritius did," promises Kaufman. "It's certainly not easy to make and keep this kind of commitment, but the rewards are worth it for everyone. Not only is it better for business, it's a richer way of working and living."

About the Author: Ron Kaufman, UP! Your Service founder and chairman, believes service is the essence of humanity. He has helped companies on every continent build a culture of uplifting service that delivers real business results year after year. He is the author of the New York Times bestseller Uplifting Service and 14 other books on service, business, and inspiration. UP! Your Service enables organizations to quickly upgrade service performance and secure a sustainable advantage by building an uplifting service culture. To learn more about UP! Your Service, please visit www.UpYourService.com. To learn more about Ron Kaufman, please visit www.RonKaufman.com.