3 Ways to Make Yourself Quotable on Social Media 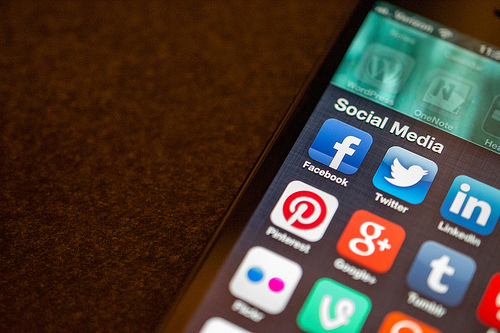 Everyone loves a great quote that can summarize pages of paragraphs in just a line or two, which is perfect for todayâs bite-size posts shared on social media sites, says award-winning author and college instructor Daniel L. Wick.

There is no shortage of websites devoted to some of the best quotes in history; unfortunately, theyâre usually coupled with a modicum of spam-y advertising links that easily distract from a profound message, he says.

âMany quotes are aphorisms, or epigrams, or have the qualities of an epigram,â Wick says. âEpigrams and aphorisms are both original thoughts that are usually concise and memorable; theyâre brief, usually witty, occasionally profound observations on life, love, death, philosophy, religion and virtually everything else.â

Itâs great that more folks are exposed to nuggets of wisdom from Mark Twain, Oscar Wilde and George Carlin, but that doesnât mean that you, too, canât provide your own original perspective, says Wick, author of the new book, âAn Epidemic of Epigrams or an Avalanche of Aphorisms,â (http://tinyurl.com/pzsqnza). He offers tips for crafting your own memorable quotes.

Itâs great that more folks are exposed to nuggets of wisdom from Mark Twain, Oscar Wilde and George Carlin, but that doesnât mean that you, too, canât provide your own original perspective

âOf course, great ideas and great quotes donât often reveal themselves on command; they often spring forth on their own terms,â Wick says. âMy advice: be open when a good idea presents itself.â

About Daniel L. Wick
Daniel L. Wick is an international award-winning author of books, articles and plays. He holds a Ph.D. in history from the University of California and has taught at the college level for more than 30 years. He and his wife live in the San Francisco Bay Area.