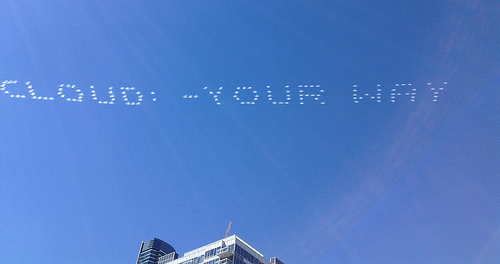 Itâs summertime and whether or not people have vacation time to spare, they still behave accordingly, says advertising entrepreneur Patrick Walsh.

âSmall business owners, non-profit organizers and anyone else trying to market a brand should take advantage of what makes this season special,â says Walsh, CEO of AirSign Aerial Advertising, (www.airsign.com), a company that has re-imagined skywriting.

âWhile workers in the United States take far less vacation time than in most other developed economies, we still like to hit the beach and anywhere else with water, visit the park and grill outside with the family,â he says. âWith the kids out of school, many choose to take their days off during this time of year.â

So, how can entrepreneurs tailor their message for a summertime audience? Walsh offers advice from past experience.

About Patrick Walsh
Patrick Walsh is the CEO of AirSign Inc., (www.airsign.com), which, through the use of giant full-color airplane and helicopter banners, skywriting, digital night signs and blimps, produces show-stopping campaigns. The company recently received global recognition for its artistic skywriting display of several hundred pi characters over the 2014 South by Southwest festival. Walsh is a veteran entrepreneur.