3 Pitfalls of Investing in Emerging and Frontier Markets

As always, while rewards can be unlimited, risk and volatility loom 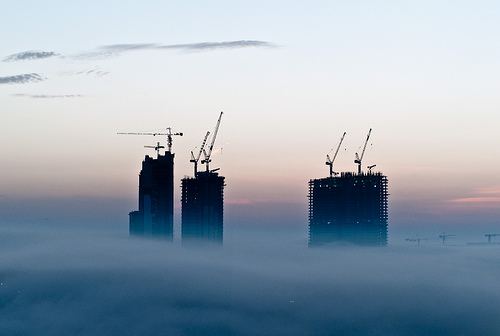 Investing in new emerging markets, and the even less-developed frontier markets, can be a hugely appealing opportunity for any investor.

As per capita income rises in the BRICS & MINT (Mexico, Indonesia, Nigeria & Turkey) countries and beyond, the increase in demand for luxury goods and services can often be astounding and prove extremely lucrative. Unlike the United States and other mature markets, citizens in developing nations are now purchasing non-necessity and luxury products for the very first time.

While the producers selling products in developed nations struggle to steal market share from one another – often pouring money into R&D, advertising campaigns, and even offering deep discounts to acquire loyal customers – those who venture into less developed nations can be handsomely rewarded with strong market demand and relatively low competition.

In recent years, growth rates of emerging market economies have far outshone the economies of any developed nation. Since early 2009, the FTSE Emerging All-Cap Equity Index has outperformed the United States, United Kingdom, and all-world indices by more than 75%.

But as any seasoned investor knows, huge returns only come with a requisite amount of risk – during the 2008 financial crisis, the index fell by more than twice as much as any of the other indices.

So while the rewards for investing in new markets can be almost unlimited, it is not without risk or volatility. So if you are an investor that might jump ship at any sign of a loss or downtick, be wary of selling off your investment too soon and missing out on the opportunities that present themselves while investing on a longer timeline. It is important to honestly assess your own tolerance for risk in order to determine whether or not involvement in emerging and frontier markets meets your personal investment criteria.

Investors considering allocating part of their portfolio to an emerging or frontier market should carefully consider these three common pitfalls in order to reap the greatest possible reward, and avoid any unnecessary or unexpected risks while investing in these new and upcoming economies:

The first-mover advantage gained by being the first brand established in an economy can be huge – just look at a brand such as Kleenex, who have become synonymous with “facial tissues” in the United States and indeed elsewhere.

The brand recognition and consumer loyalty that can be achieved by a corporation with the guts to enter a new market can potentially pay dividends for decades to come. However, investors should be aware that the short-term investment returns that can be gained by purchasing stock or other financial instruments in those corporations can often fall short of the expectations set by other successful private equity advisors.

Emerging and frontier markets can hardly be considered a sure-thing in any way imaginable, they are much more susceptible to political and legal corruption, fluctuating currencies, and quickly-changing regulations. Nationalization of oil profits in Venezuela in the early 2000s[ii] serves as a prime example of just how quickly an appealing investment can turn sour due to political volatility and changing regulations.

Just because an investment looks sound today doesn’t mean it will always be that way. Things can change in developing markets without warning, and investors must be wary of getting caught out in a shifting political environment. Investors should thoroughly educate themselves on the many risks and liabilities that come with private equity investment in emerging and frontier markets, and work closely with General Partners and private equity advisors specializing in the region in which they choose to invest to spread their risk evenly across various geographic areas and investment vehicles.

Borrowing from an old adage, you don’t want to put all of your emerging markets eggs in one basket.

R. Scott Arnell is a founding partner of Geneva Capital S.A., an advisory firm based in Geneva, Switzerland specializing in alternative investments, including advising investors on socially responsible investment opportunities with a high concentration in private equity in emerging and frontier markets. He may be reached online at www.genevacapitalsa.com.