3.6% Raise in 2015 for Finance Pros, But Potential Skills Gap is Cause for Concern

Advisors must develop critical leadership skills to be successful;
Raises increased slightly less than in the prior year; 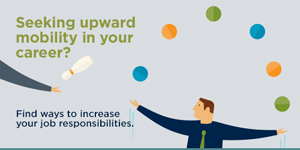 BETHESDA, Md., May 19, 2016 /PRNewswire/ — Finance professionals enjoyed a pay raise in 2015, but are concerned that they lack business competencies and skills critical for their job success, according to new research by the Association for Financial Professionals.

The results were drawn from nearly 3,000 respondents. Full results are available here.

The 2016 AFP Compensation Survey found that finance professionals earned a 3.6 percent gain in their base salaries in 2015. However, that number was down from a 4.1 percent increase in 2014, but still higher than the 3 percent average base pay increase reported for 2015.

According to respondents, the most-cited criterion for career advancement is increased job responsibility (83 percent), followed by contributing to profitability (65 percent). Meanwhile, respondents considered earning one of AFP’s professional certifications almost as important as earning a MBA or other advanced degree (32 percent versus 35 percent).

“Finance professionals should be pleased that their organizations value their efforts enough to award salary increases and bonuses, but more attention needs to be paid to addressing the critical skills gap,” said Jim Kaitz, president and CEO of AFP. “When organizations provide additional training and education for their staff, everybody wins.”

Headquartered outside Washington, D.C., the Association for Financial Professionals (AFP) is the professional society that represents finance executives globally. AFP established and administers the Certified Treasury Professional and Certified Corporate FP&A Professional credentials, which set standards of excellence in finance. The quarterly AFP Corporate Cash Indicators serve as a bellwether of economic growth. The AFP Annual Conference is the largest networking event for corporate finance professionals in the world.