Breaking through the glass-ceiling myth 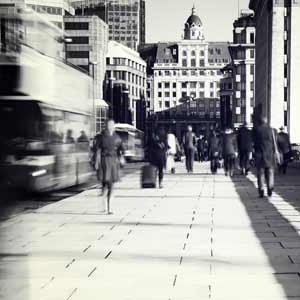 Ms. McDonnell is the Chairman, President and Chief Executive Officer of The Penn Mutual Life Insurance Company based in Horsham, Pa. Connect with her by e-mail:
McDonnell.Eileen@pennmutual.com

During my time in the financial services industry, Iâve shaken hands with, talked to, done business and made friends with a number of incredible men and women. And just last month while participating on a panel discussion organized by the International Womenâs Forum titled âThe 21st Century Boardroom,â I had the opportunity to be inspired again! This time, the inspiration came from the committed women I met who are beginning their journey and preparing to serve on corporate boards. They know they will make an impact on the world for years to come.

It was clear that every person who gathered that day had made a significant commitment to themselves and their careers. They were working women in influential positions trying to capitalize on the opportunities available to them. You could see on their faces and hear in their voices that they had already determined what itâs going to take for them to accomplish their career goals. Some of them are already making significant leadership contributions within their organizations and hope that they will catch the attention of a prospective board nominating committee as a result.

But for them, me and the rest of my female colleagues, thatâs only the beginning. As a leader in the financial services industry, I know the challenges men and women face when pursuing leadership and board positions. But, I always took the stance, and believed that I could accomplish anything I set out to do. I didnât and still donât see any barriers that can stop me from fulfilling my dreams. The only barrier to entry, imaginary or more tangible, is put up by oneself. If a person is going to envision a so-called âglass ceilingâ in his or her way, itâs going to be there.

Unfortunately, many business schools are still teaching about glass ceilings. These young men and women are sitting in class together, and theyâre being taught thatâs thereâs a discrimination element that is going to occur sometime after they enter the business world. But, students today have grown up in a more unified educational setting with opportunities afforded to them because of their accomplishments, not their gender. My hope is that the notion of glass ceilings will quickly become a term of the past as a new generation of men and women enter the workforce.
Iâm encouraged to see progress being made in regards to leadership opportunities for women. However as an industry, the insurance sector isnât keeping up the pace. In fact, I believe weâre behind the curve.

The insurance industry is changing, thereâs no denying that. Demographic shifts, coupled with growing consumer expectations, present change like the insurance industry hasnât seen in more than a half century. And with this comes a tremendous opportunity for both men and women to drive that change.

This isnât an idealistic view anymore, either. If change isnât made and diversity isnât attained, businesses wonât prosper.

For a long time the insurance industry has been insular in its views. Itâs been able to perform well, long past the operating business model relevance. I think, at least from my discussions with my peers, men and women who sit in C-suite positions recognize that the way the business functions and operates will be, and already is, transforming very quickly.

And therein lies the opportunity. As the industry changes, now is the time companies need change in the boardrooms and the C-suites. Not because itâs the âpolitically correctâ thing to do, but because diversity of thought, background and experience aids business performance and results. This isnât an idealistic view anymore, either. If change isnât made and diversity isnât attained, businesses wonât prosper.

Too often I see vestiges of the way things used to be, whether it be in our industry or more broadly for women in the boardroom. In 2013, the percentage of board seats held by women in Fortune 500 companies was only 16.9 percent, according to a 2013 Catalyst census. Though this figure is up from 13.6 percent in 2003, thereâs still an enormous gap here. A big reason for this is because board nominating committees look around at each other and say, âWho do we know?â Men are still dominating the majority of boardrooms and think first of other men from business theyâve done in the past. You can easily see why thereâs generally a lack of diversity. Raising awareness will help, but challenging the conventional selection process will change outcomes.

The good news is there are more comprehensive boardroom searches going on today, which is widening the net. Both the individual and public investor communities are demanding diversity, and the laws that have been put in place about board membership qualifications and experience have raised the bar. Penn Mutual has recognized this, as its executive team and Board of Directors have an inclusive partnership of both men and women, with over 40 percent of Trustees being female.

While changing the complexion of corporate boardroom composition seems like a good idea in theory, no change can happen without the successful collaboration of men and women. And YOU need to take initiative if YOU want to achieve success. Throughout my career there was never a person I asked for help who wasnât willing. There are countless successful women and men in business, including me, who are available to offer advice, guidance, mentorship and sponsorship. But you have to ask for their help.

Every individual is truly the author of their own destiny. They get to write the chapters and when necessary, change the scenes and the dialogue. Each story will be unique and the journey is bound to have great challenges and opportunities. But it is yours!

It may seem clichÃ©, but in todayâs environment itâs more true than ever: women can do anything they want to do. They just have to work hard for it and be willing to make sacrifices and compromises all along the way.

However slow its evolution, change in the 21st Century Boardroom is coming. Itâs up to the collective efforts of both women and men to ensure those who comprise boards 10, 20, 30 years down the line are more reflective of the diversity that will drive success. We need to start now. There is no time to wait.